This truly sucks:
“Online retailer CD-Wow must pay Â£41m to British record companies after breaking a deal to stop selling illegally imported cheap albums in the UK.
“The High Court in London ruled in March that the site’s owners, Music Trading Online, were “in substantial breach” of a 2004 agreement to stop importing CDs.
“The BPI, which represents the major record labels in the UK, said the ruling was a “significant legal victory” for the music industry.
“It said it had already obtained a freezing order against CD-Wow, meaning that all of its assets and bank accounts are frozen.”
Never will I pay British inflated high street prices for CDs. CD-Wow suggest how much music could be legitimately sold for, and that’s why they’re such a popular online retailer. I hope this judgement for the money lenders of the music business doesn’t put CD-Wow out of business.
Anyway, I thought they were exporting CDs from Hong Kong and that I was therefore the importer. It’s not like they ship over container loads full of asian CDs into the UK and then sell them.
BBC article.

Next week we move labs (and some offices – but not mine) into the new Institute of Life Science (ILS) building. We got to have a look around it this morning. 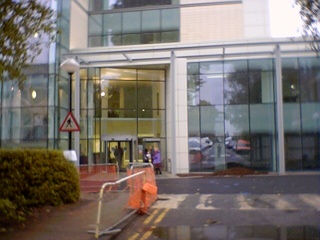 In through the rotating doors. 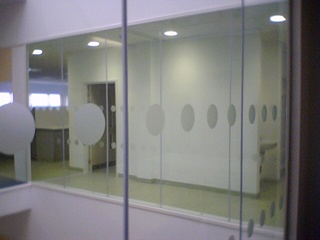 Lots of glass around. Good for keeping an eye on PhD students. 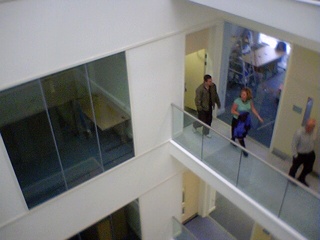 The large atrium lets you shout at people on other floors, which should cut down on emails. 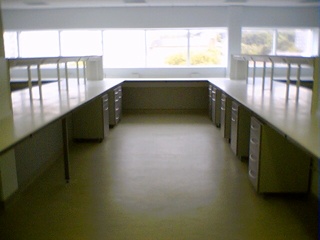 Loads of lab space for future expansion. I had better get some grant applications submitted. 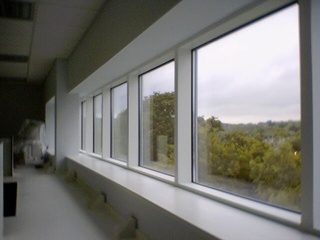 There are some excellent views from the higher floors. 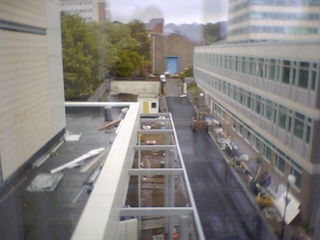 It’s not finished yet. 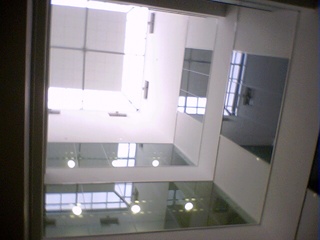 Looking up the atrium, probably from near the entrance to the future Starbucks due to open in here. 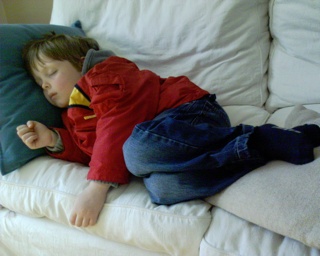 After a hard day at the beach. 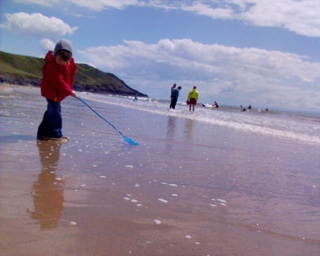 Looking for crabs in the surf. 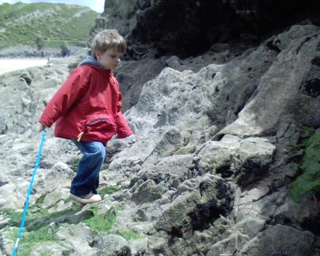 Hunting for rockpools. Next time I’ll have to take a crab line and see what we can catch.

According to the BBC,
“Recent weather in the UK has been extremely mild, and records show it has been the warmest spring since the Springwatch survey began in 2005.”
Wow. The warmest spring in three years. That’s statistically terrifying.
“Mr Collinson was worried about the possible impact of increasingly warm springs.
“He said: “We are concerned because the change seems to be so rapid.”
Given these statistics, in another 3 years spring will start in January! And in 6 years it’ll start last November! Maybe.
“It is very difficult to tell what that means, but certainly we know that wildlife is under pressure.”
I should coco.
Full article.

A new podcast has been added to iTunes and the medicine page. This is a podcast of the lecture I gave to a small part of the first year on Monday afternoon, and it is the first to be a properly enhanced podcast. That means that if you listen to it using iTunes (or a video iPod) you will see helpful images as I witter on about embryos.

The new life science research building at Swansea University is looking almost ready for moving in. The builders have pulled down the 8ft high boarding protecting the site and are replacing it with low steel guard rails so we can actually see around the building. We’re moving our lab into the 5th floor in a couple of weeks (of course this coincides with the week my sister gets married for maximum complexity) and much of the research from the Grove building will move across. My office will remain in the main School of Medicine building.
I wonder if this will help focus the research part of my job, or whether it will just feel even further away. I guess I need to make an effort to spend time each week over there, either in the lab doing some of these experiments I’m trying to get on with or at a desk writing. Thinking about it, there will be a Starbucks over there so I guess me and my pay packet will spend quite a bit of time in ILS1.
Anyway, right now I have to get back to second marking essays and preparing Monday’s anatomy session before a long teaching meeting this afternoon. I’ll work on editing those research papers tomorrow. Or Friday. Or maybe next Tuesday. 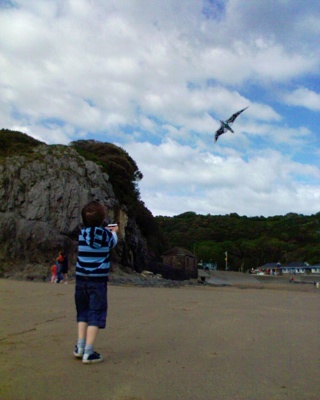 When we visited Legoland we bought Jack a kite (as he pretty much already had every piece of lego in the shop). So last weekend we went kite flying.

From a BBC article,
“Young women are now the most dominant group online in the UK, according to new research from net measurement firm Nielsen/NetRatings.
“Women in the 18 – 34 age group account for 18% of all online Britons.
“They also spend the most time online – accounting for 27% more of the total UK computer time than their male counterparts.
“Of UK males active online, the 50+ age group is the most prevalent.”
This sounds familiar as Kim is vying for position as number 1 internet user in our household at the moment. She’s looking for shoes. I just hope we have enough bandwidth.
Full BBC article.

Here’s a video from my phone of Jack’s very first rollercoaster ride, at Legoland. It looks as though he’s going to be a bit of a thrill seeker.