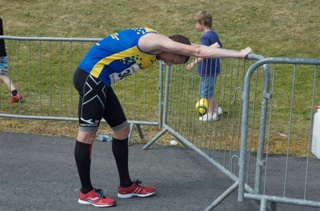 On Monday we looked at some lungs. Plastic models, lungs in situ, lungs on their own, and lungs attached to the heart and great vessels. The main aim was to look at the differences between the left (2 lobes) and right (3 lobes!) lungs and develop a good understanding of the shapes of the lungs and their lobes. In this case 3D is quite different to 2D diagrams, however good they may be, and having a good sense of the shapes of the lungs and their positions within the thoracic cage will be very helpful in your clinical studies.
Beware that in some people the horizontal or oblique fissures may be incomplete or there may be an extra fissure, causing the arrangement of lobes to appear different, or to give an extra lobe.
We looked at the structures of the hilum of the lung: bronchus, pulmonary artery and pulmonary veins. Although tricky to identify which is which, relational anatomy is your friend here, so remember where these structures are in relation to the heart and that the airway is posterior to the heart and these blood vessels. 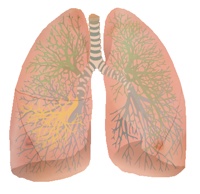 What we failed to do because we were having so much fun was to talk about the lymphatic drainage of the lungs and their nervous innervation. We can rectify that a little bit here.
A superficial lymphatic plexus drains the tissue of the lung to bronchopulmonary lymph nodes in or near to the hilum of the lung. A deep lymphatic plexus drains fluid from the structures of the root of the lung, and they drain to pulmonary lymph nodes around those structures and then to bronchopulmonary nodes. Lymph then drains to superior and inferior tracheobronchial lymph nodes around the carina of the trachea (where the trachea divides to form the main bronchi) and then to bronchomediastinal lymph trunks that usually pass to the subclavian veins on either side (or the thoracic duct on the left side) to pass the lymphatic fluid back into the systemic circulation.
Lymph on the right side of the lung generally follows the path on the right side, and lymph from the left lung generally follows the route on the left side, however lymph from the lower lobe of the left lung will also pass to the right superior tracheobronchial nodes and then on up the right side.
Tumour cells will metastasise to the bronchopulmonary lymph nodes.
Sympathetic, parasympathetic and visceral afferent (sensory fibres passing to the brain) nerve fibres will pass to and from the lungs via the pulmonary plexus near the roots of the lungs. The parasympathetic fibres are from the vagus nerve and the sympathetic fibres are from the nearby sympathetic trunk. The sympathetic fibres inhibit the smooth muscle of the bronchial walls causing bronchodilation but cause the smooth muscle of blood vessels to contract causing vasoconstriction. The parasympathetic innervation has the opposite effects. Parasympathetic innervation also increases glandular secretions in the airways.
The other sensory fibres carry all that information that’s so useful to normal lung function, that I’ll leave to your physiology lectures (just remember them when you’re hearing about all those reflexes & autonomic controls).
Links:
Overview of the innervation of the lung. Belvisi, 2002.
Last year’s blog entry for week 103.