I’ve had a bunch of favourite races this year and it’s difficult to pick out a number 1, but as a whole experience XTERRA is right up there and I can’t wait to do another one. What’s XTERRA? It’s a triathlon with a 1500m swim, a 30km (ish) mountain bike and a 10km (ish) cross country run. In XTERRA obstacles are put in your way, and your race is made as difficult as possible. Something that summed up the mindset of the organisers for me was a big branch that had been part sawn through so that it crossed the bike trail at head height. Love it.
XTERRA England was held in the Vachery Estate near Cranleigh, Surrey; not a particularly hilly place. The course was created from a lake swim, grassy fields, and copses that were hacked, cleared, and filled with logs and fallen trees. The bike course had alternating twisty sections of technical wooded single track and fields, and the run course matched this with 6ft ditches and a huge fallen oak to jump/climb over and a long path on the back section. I think the course had been put together by Sam Gardner and Richard Stannard, and when Richard passed me on the run he seemed to have been enjoying himself.

We camped in a field on the estate and stayed from Saturday through to Monday giving just enough time to ride and run the course once. The race used 2 laps of each but I was fairly worn after just riding the bike course once slowly! I learnt that those with serious skills were way faster on this course, indicating how well set up the whole thing was. Trying to memorise the course was impossible but reviewing the particularly tricky sections and how to clear major obstacles quickly in the recce meant that I didn’t have to think too much when racing. Just do.
The whole thing was a fairly relaxed affair and for an international event it was quite small with maybe 300 people racing. Hopefully more will do it next year, and there’s a bunch of entertainment on site so I’d recommend camping.
Being an off road closed course my race didn’t start until midday on Sunday so I had time to lie about in the morning. The sprint race started at 9 so I watched a little of that, racked my stuff and rolled up to the lake getting very warm in my wetsuit. The rips under my armpits didn’t help much. New wetsuit this winter?

We started 2 minutes after the pro wave, and unsure of how this swim would go I started semi fast and found a long, wide string of swimmers leading out to the far buoy so drafting alongside I easily made my way up. From the turn I got some fast feet and drafted, then jumped to the next group a couple of times, recovering in the draft and cruising to the finish. There are 2 schools of thought here: swim a bit easier as the swim is only a small part of the race (22 mins of 2:35 for me) and save your arms for the biking, or swim fast so as not to get stuck behind the female fast swimmers but slower bikers on the single track. I opted for the first method and had a very enjoyable swim but then got caught behind some ladies. I was held up behind an Italian lady for a very long section of narrow, fast single track that enabled a couple of guys to catch up with me, but as the race went on one of those guys crashed and the other punctured so it didn’t make much difference in this case. The other guys that passed me on the bike I couldn’t have stayed ahead of anyway. Fast blokes on dirt.
The bike felt very long, but was fantastic fun, hard, and needed a lot of concentration to maintain effort and keep moving smoothly and cleanly. I clipped a tree shortly after a guy in front of me crashed and crashed too, hitting the ground with my head mostly. I think the shift from concentration caused the error. Tricky stuff. It was quite hard to get flowing again after that but in reality probably only took a few minutes to get back into the rhythm. Later in the race it was jarring to switch from grassy fields to wooded, twisting track. Ross also crashed a couple of times and bust his front brake lever, and Pat broke his chain, cracking his knee on the bars near the end of the bike leg and finishing his race. 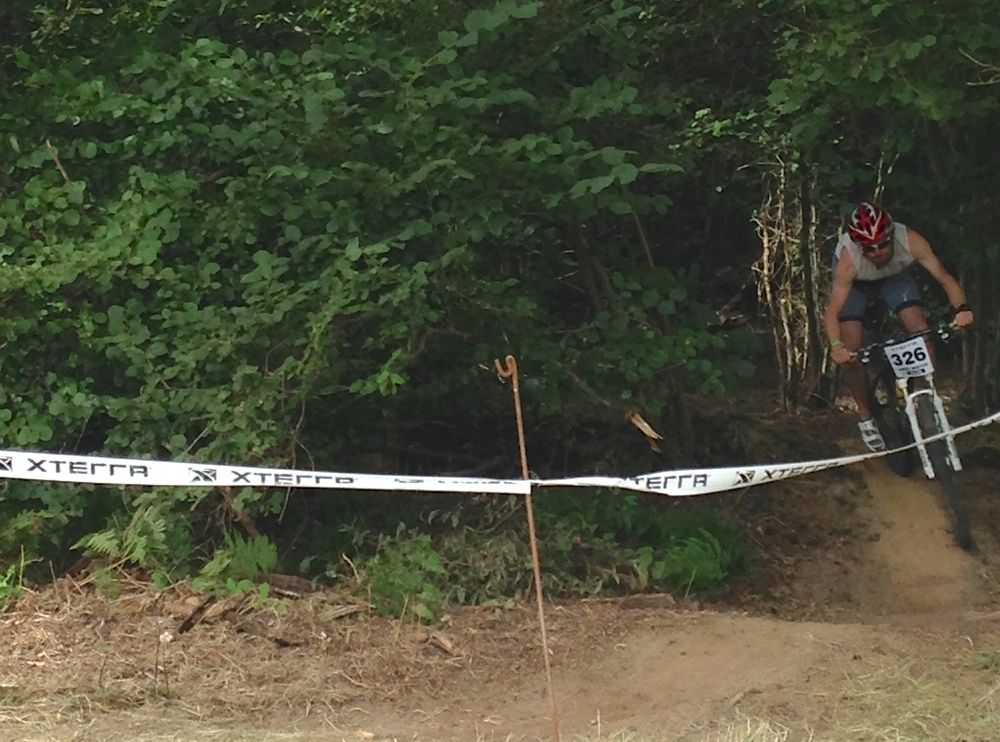 The ground was very dry and soft with few mud patches. It was difficult to pace and needed a lot of sugar, creating another problem in how to tape gels to the bike in a way that makes them accessible yet prevents them from bouncing off. I lost one. Powerbar supported the event and I ditched my own empty bottle after the first lap and was handed a fresh bottle of water. Bloody brilliant. It was hot work.I used Sunwise Chromafusion lenses in my Waterloo’s which responded perfectly to the swapping between the bright light in the fields and the darkness of the woods, protecting my eyes from the trees but letting me see clearly. They react to changes in light really quickly.
I got across the narrow board sections right next to the lake early in the second lap cleanly and felt pretty good that I hadn’t fallen in the lake (others did). It was hard work keeping my concentration for the second lap but I kept at it and pushed harder, working my way through it. The mountain biking section of XTERRA really seems to be the crux of the thing. By the end of the bike leg I’m not sure if I was glad it was over (sore back, tired head) or wanted to keep going (fun!) 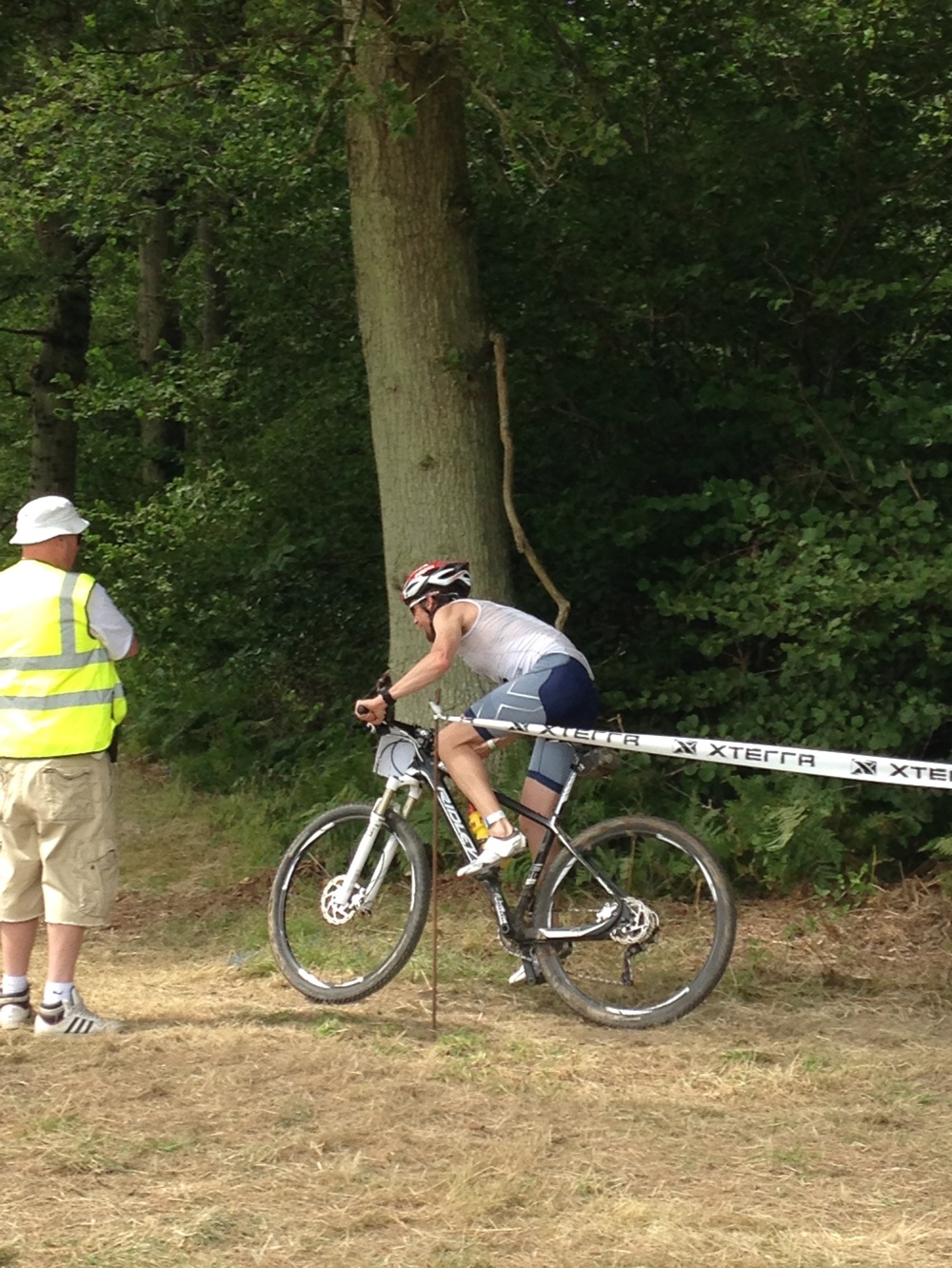 T2 was easy and I felt great going out onto the run. Standing tall my back felt happy after hunching over for so long, and the grass was soft and my shoes light. Field, woods, big ditch, woods, field, woods, dips, long path, trees, field, trees, mud, huge tree (climb over), mud, big ditch, field, loop around the tree and repeat. A couple of pros overtook me on the first lap and I stayed with each for a time. It’s much easier to follow than to lead on this terrain, and I was caught by only one other age grouper and couldn’t stay with him. On the second lap I got caught up in the other age groupers starting their first lap but most of the work was done by then and my placing was set. Kahuna Dave sent me down the finishing chute and I was done. Lovely. A great race and although I’d been competitive I wasn’t that fussed about where I’d finished (until I saw the sheet later and found out I was 4th in my age group). 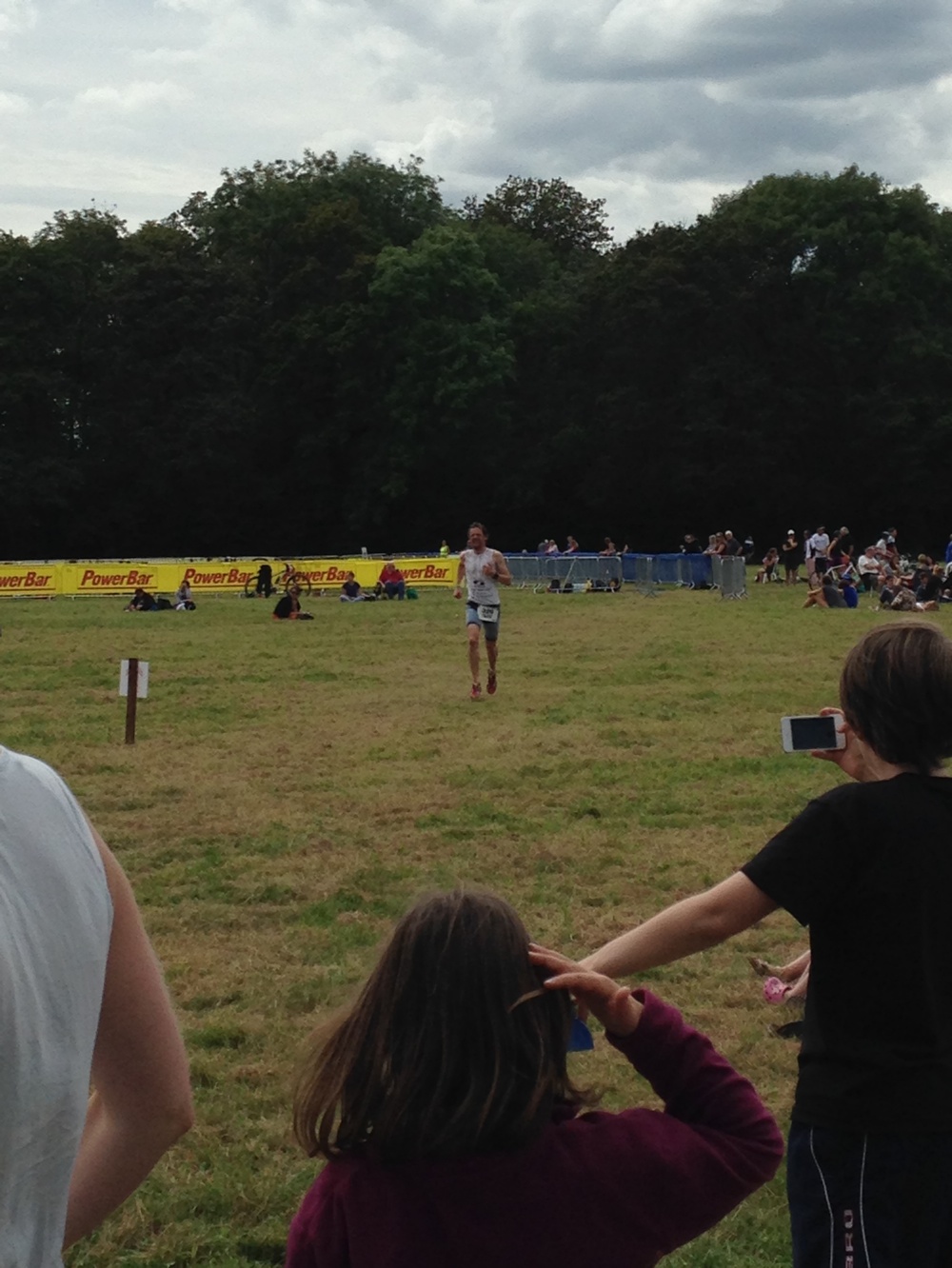 The weather was great so it was easy to chill out for the rest of the day and evening with the bands and whatnot. It’s a shame more people didn’t stay on as XTERRA and beer seem to go together well. The medals double as bottle openers and I want one so I’d better have another crack next year. I wonder if I can make it to any of the continental races.
This week I’ve been back on the tarmac getting ready for Bala and it feels weird. The chainrings on my road bike are huge and the handlebars are really narrow. The ground is hard. I’m looking forward to more mud this autumn in the South Wales cyclocross and cross country running series. 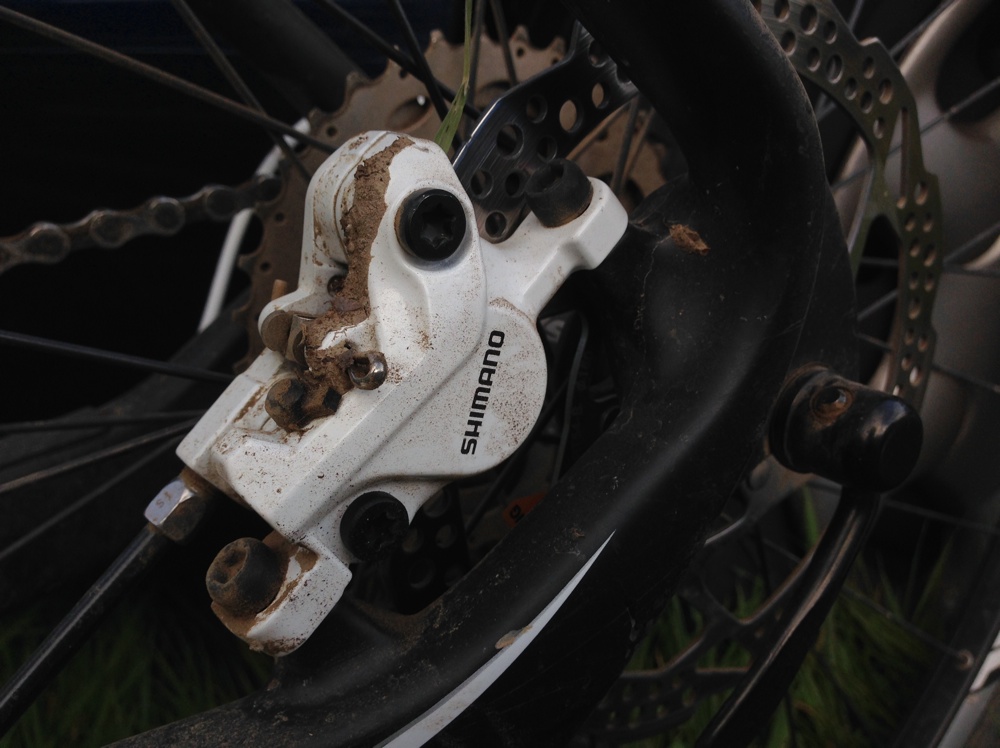