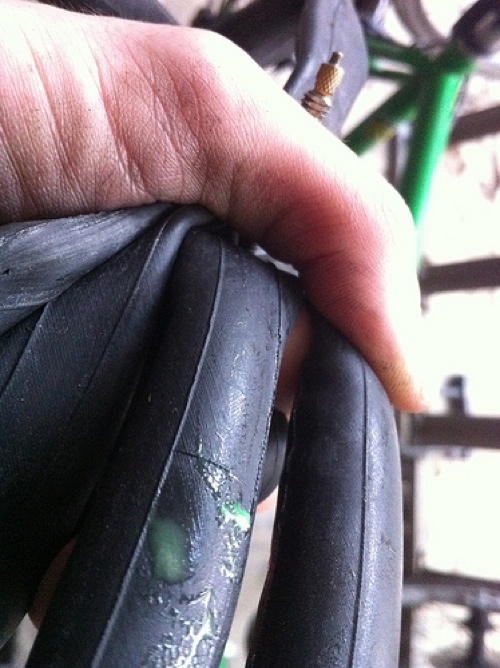 I punctured my front tyre on the bike this morning going through a lane that had just had its hedgerow heavily trimmed by the farmer. The slime really wanted to seal it but a thorn stuck in the tyre wouldn’t let it. I changed tubes but by the time I tried to roll the slime tube up it had sealed so well that I struggled to squeeze any more air out of it. They’re good, these things. Possibly my first puncture of 2011 too (so will probably be followed by 2 more).