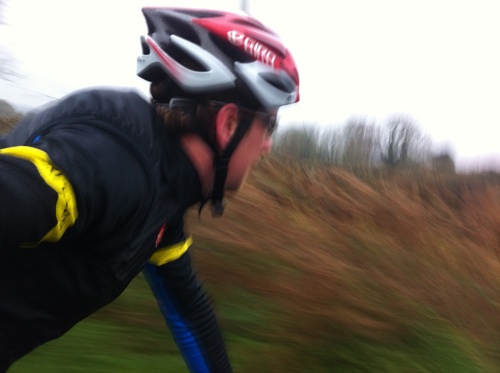 The wind can be your training friend you know, and not just in the tailwind variety.
If you train on the bike with a power meter you learn to ride at the power and effort that you want for the planned session. It becomes easier to ride with a steadier heart rate over rolling terrain, and to keep your heart rate and rating of perceived exertion where you want them. You find that you’re no longer that interested in the “speed” line of your bike computer.
On a windy day you can get blown around on the bike, toil for miles out against it, and struggle to keep yourself pushing into it. But if you’re riding with a power meter a head wind makes it simpler to settle into the effort that gives you the numbers on the power line that you want. Often your heart rate is a little low, but the power numbers tell the truth. You can temper your effort, you don’t worry about the slow speed, and you tick off minutes and hours spent riding in your target power zone. In fact, you get so used to the pace and effort that when you turn around and pick up the tailwind you find you have to raise the effort and really think about what you’re doing to get the watts up to where you want them while zipping home at 40kph.
Riding with a power meter for the last couple of years has changed how I feel about the wind. I used to hate it, and nowadays if it’s gusty I can still lament having to go out in it. But most of the time it’s a fairly steady, predictable wind, and I know I’ll get a good workout from it and I’ll get the time, effort and mileage done solo.