I won the Gloucester Triathlon today! I’ll write up a race report & grab some of Kim’s photos, but it was hot, breezy and a big, big effort.

I swam ok (two-piece trisuit is a bit draggy without a wetsuit), hit the bike really hard & the short climbs even harder (knocked my chain off in the transition run – might go back to elastic bands on my shoes, got stuck behind a tractor and many cars out in the sunny weather, lost a shoe after dismounting & had to recover it), and ran the run as hard as I could (needed more water, much, much pain) dying on the line.

I had a win in mind and as my primary aim for this race, thinking I might manage it this year or next so it was great to meet my own expectations as much as it was to get a number 1 beside my name.

Wrecked afterwards, but you’ll feel worse if you didn’t give it everything & miss out by a few seconds.

I feel the need for a recovery jog & an ice bath now but I need to drive back to Swansea this evening. BBQ right now! 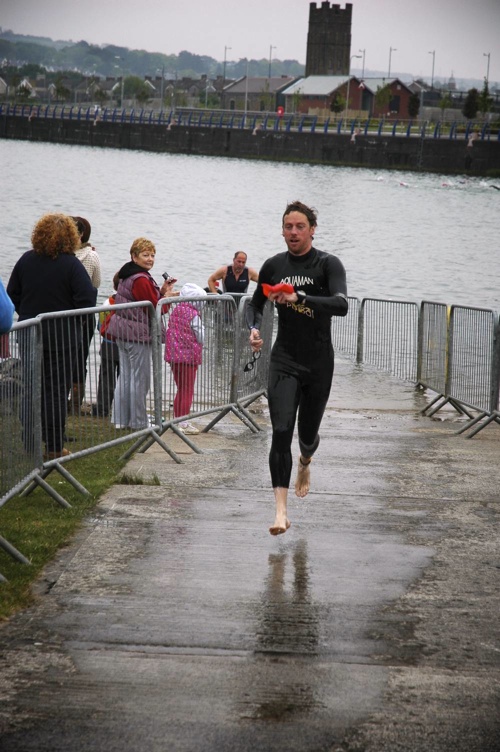 It was great to see so many Cardiff Triathletes on the Llanelli riviera yesterday, and even better to see them picking up so many trophies! Top day. The weather this year has already been far better for racing than the whole of last year. The wind even dropped to almost nothing and the north dock was super calm.
I had an 8.10am start in the second swim wave (I think there were around 300 entered in the race, and 3 swim waves) so the family came to watch. That still meant a 6am start, and it was great to have them there. Annabel was a wee bit of a distraction though, and I was lining up for the start before I realised I didn’t have my swim hat and goggles. Oops! The jog back to the car probably helped my warm up, and the start was delayed a tad so I wasn’t really in too much of a hurry. I don’t think I ha a chance to focus on the race until I got into the water, and I checked my transition racking several times to try and make sure I hand’t forgotten anything. (It’s pretty straightforward for a sprint triathlon – you just need your bike, shoes on the bike, helmet and run shoes).
The swim is in the north dock, which isn’t as salty as the sea so feels like a lake swim. We had a new M-shaped course this year, so a fast start up the right side from the front got me into the front group which thinned out before the first buoy. Turning and sighting back to the next buoy in the M was a bit sharp but fine, and I was settled by the next turn. By the final turn I was very comfortable and sat in a draft almost to the shore, when the guy ahead continued off into the far right corner instead of towards the exit ramp (that was to the left of the middle) so I left his feet and went straight for the guy in the bright yellow jacket stood in the water by the exit. Pretty steady swim, not a massive effort and 2nd out of the water in my wave suggests my swimming has kicked on a notch. Top banana. I was ahead of most of the fast guys which is a new thing for me. My aim has been to develop my swimming to be able to come out of the swim in the front group, so this was a good performance indicator. 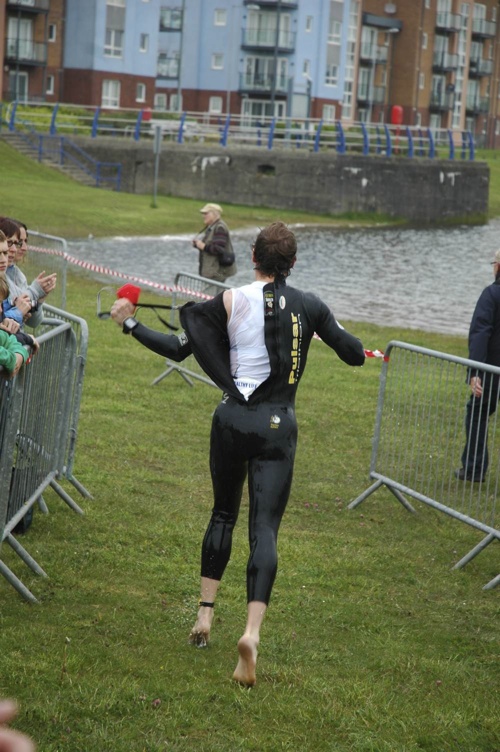 I forgot to press the lap button on my Garmin after the swim (d’oh!), dropped my goggles (d’oh!) and struggled to get my wetsuit arms off over my watch on one arm and over my RoadID band on my other arm making me look like a maniac trying to wrestle my way out of my straitjacket first thing in the morning. Once I’d finally got to my bike and ran out past the mount line I got on the bike ok, and even got my feet on top of my shoes ok, but they kept slipping off because they were wet, slippery and numb. Slick. Great T1. Pro.
The bike segment was fine. I tried not to start too hard, hit the short, nippy climbs fairly hard, and aimed to take the bike leg pretty steady as a whole to get a feel of how this affects my running. My legs were tired as they were at the end of a 3 week training block, and I wasn’t expecting to perform brilliantly so it was a chance to try out some different intensities. Three faster riders overtook me after the turn. 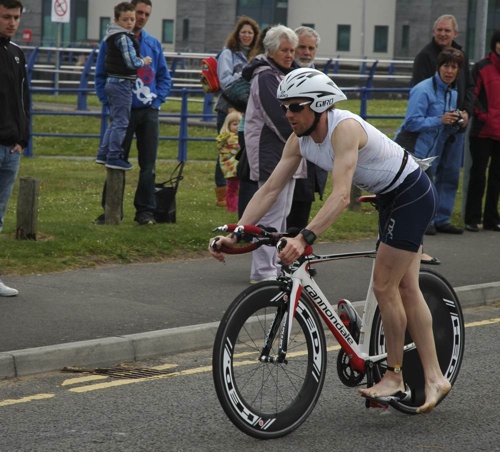 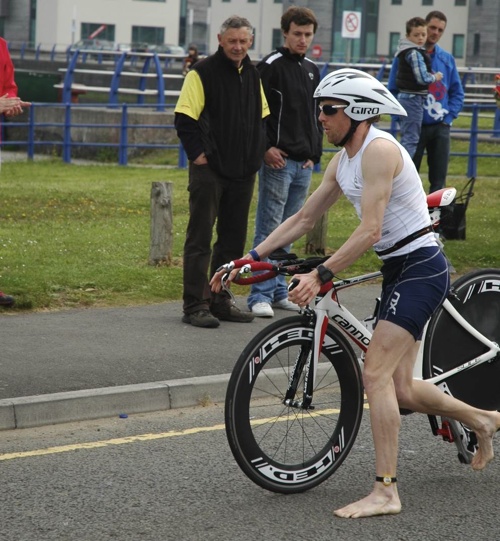 T2 was much improved over T1 and I hit the run nice and hard from the start as planned. I’d left a GlucoJuice in transition just in case I fancied one (I didn’t carry a bottle on the bike) and fancy it I did. Swig, swig, lob, oops – missed the bin.
I hit a good pace pretty much from the start and kept it all the way through the run. It felt like a very short run, which is always a good sign, and I ran inside my planned time. Two good signs. Looking at the data my heart rate is a bit weird. I would have expected my heart rate to jump up to near lactate threshold from the start, but it started pretty low and then jumped up from about 7 minutes. Funny. It never got near to my LT HR either (compare to the Whitford Point run to see where my HR would normally be). 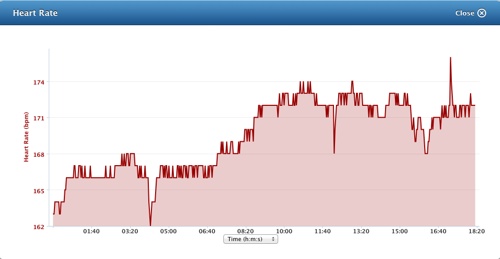 I was chasing the 3rd man in, and I finished 4th overall. Bit of a shame that I finished outside the top 3, but better than I might have expected and there were some fast fellas out there. Less than 50 seconds separated 2nd and 4th. A nice morning, good weather, some good performance indicators, great to see so many faces that I haven’t seen for a while, and nice to have Kim and the kids there to see me race. Same time next year, everybody? 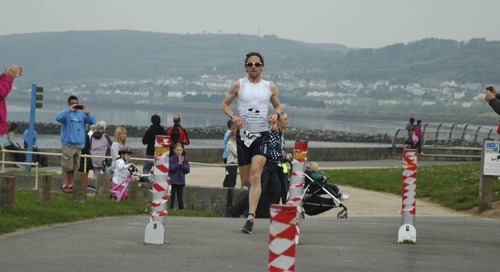 Links:
Kim’s Flickr photos from Llanelli Tri
Garmin data:
– Swim
– Bike
– Run
(although I did press the wrong buttons at all the wrong times, at least I started the watch at the start this time!) 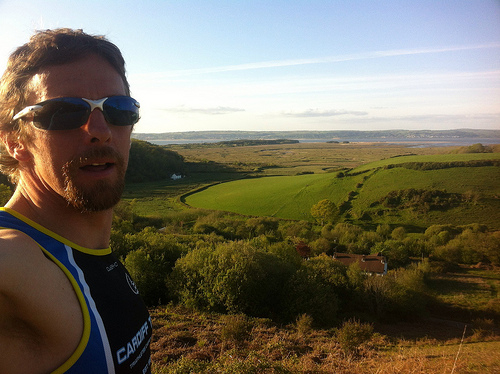 The Whitford Point race last night was great fun. It had a very relaxed feel, with mostly fairly local people rocking up, paying a tenner and running through some fantastic Gower scenery on a sunny, spring evening.
The start and HQ are in Llanmadoc on a small lane nestled amongst some little hills and the marsh. I may have started a little enthusiastically, as although I wasn’t first to the top of the starting climb I led the descent to the beach. I’m not as quick off road though, and although I was happy with the line I took across the beach and was still with the front group by the point I lost places in the soft sand, finding my line through stones, and in the dunes. I mostly held my pace and place in the run back through the woods (my sunglasses’ Chromafusion lenses adjust to changing light and were great here, on a sunny evening in and out of trees) but I didn’t feel like I was moving particularly effectively through the terrain.
I guess training on soft sand is something I have the opportunity to do around here and is a good excuse to get on the beach! I’ll be running around Whitford and Broughton again before long for sure. It’s a lovely area, and I did pay some attention to the scenery during the race.
I finished strongly, and hammered the final, short, sharp climb to the finish and was gaining on the two ahead of me so maybe my pacing wasn’t too bad. I finished in 7th place overall, which isn’t great but my effort level for the run was really good, and as this was a chance to replace a tempo session I probably got a better workout here. Lovely.
I’ve been trying to do this race for years and I’ll definitely keep my eye open for it when it comes around next year.
Here’s the Garmin data:

Hey, or Strava if that’s what you prefer (been playing with Strava for a bit): 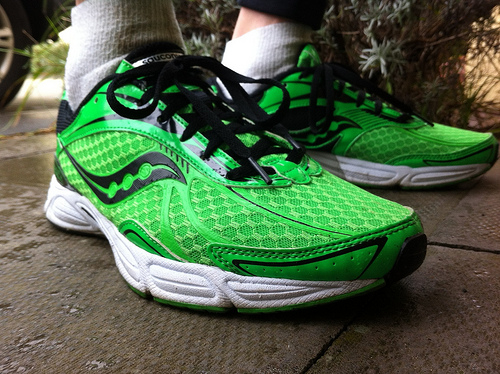 I’m running the Whitford Point multi-terrain (i.e. off road, or cross country, or mud, sand, dirt and tarmac) race this evening hopefully. I’ve heard about this race for a number of years but usually after it happened. “Did you run in the…?” is usually what I get asked in the week after it happened.
I spotted an advertising poster last week so I’ll rock up tonight with my tenner in hand and get stuck in, replacing my planned tempo run. It should be fun, and if I’m right it runs all the way out to the lighthouse at low tide. I’ll post my GPS data (if I press the right button this time) & you’ll see what I mean.
More (limited) info here:
http://www.welshathletics.org/news–media/news/road-running/2012/05-may/whitford-point-race-.aspx 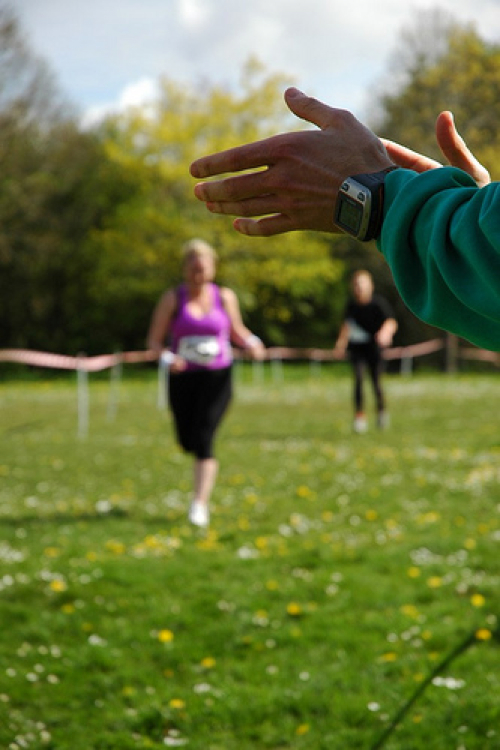 I took photos at Cardiff Tri’s Try-a-Tri novice race yesterday morning. Everybody seemed to be having a lot of fun, and you can check out the photos in the Flickr set here. 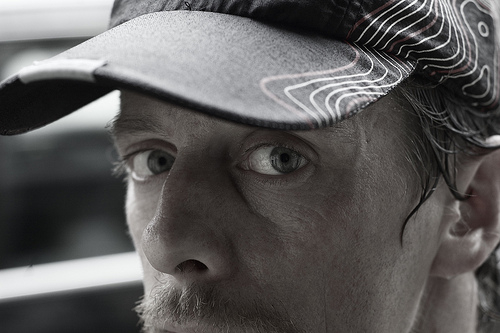 After the taper for my first A race of the year and losing all the fatigue I’d built up and become used to it’s feeling pretty tough to try and start digging myself into that hole again. Only when you get to look over the edge back at the normal world do you regain the sense of how hard and tiring all the training needed to push on fitness is. It’s good fun, but it’s wearing. As I get deeper into each new block I dig myself deeper into the ground. the hole gets bigger and I get tired and sleepy.
Oh well! Crack on!