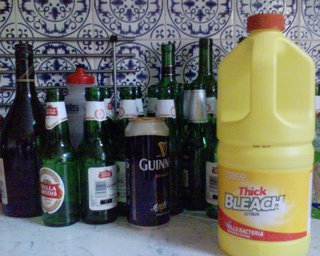 I just shoot what I see.

Merry Christmas and Happy New Year. I hope you’re all taking it easy this week.
P.S. If you want to send me email, don’t use my work address. I won’t be checking that until January 8th(ish).

My golf swing is always changing – as a beginner I’m trying to learn the good habits before I get too many bad habits settled in. Here are two videos taken about 6 weeks apart. In the video from today I can see that I’m getting more weight onto my back leg (which the pro that teaches me keeps telling me to work on), my knees are no longer knocked in, there’s less dip and lead with my left shoulder on the downswing, and for some reason it looks a lot more fluid. That might be because my legs are looser and move more naturally. The tempo is quite different too, probably for similar reasons. Today’s video shows me swinging a 6 iron, and I didn’t realise I got it so far around my body. The results of these changes are more consistent ball striking, straighter ball flight (if anything it goes to the right if not straight), and a longer carry of the ball in the air. There’s much more to do, but I’m in no hurry. 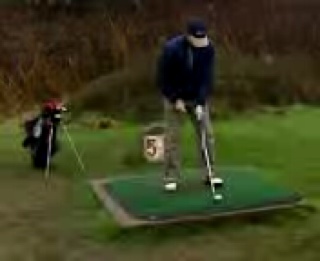 Today. (A bit stiff from the cold and from running). 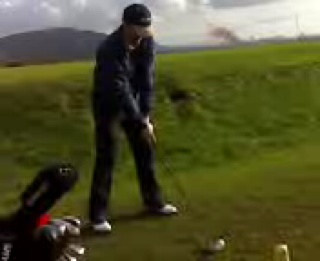 A month or so ago.

It’s exam day today. I would wish all of our first year students good luck, but really I don’t want luck to be a factor. I’d much rather that you had all done the work required to understand and store the information you’ll need to demonstrate a good to high level of competency. If you see what I mean. Good luck anyway.
Hopefully the exam will not be as tough as many of you were expecting. This exam will be double marked by hand, and the results will not be available until mid-January so relax over Christmas and have a break. After speaking to most of you at yesterday afternoon’s revision session many of you seemed to have a high level of understanding of many areas of the anatomy that we have studied.
Merry Christmas and Happy New Year!

It looks like the BBC will make many of its programmes available to download from a third-party file-sharing site:
BBC article link.

Only one more day to go before I start my holiday… I’ve had some new additions to my office recently, and very helpful they are too: 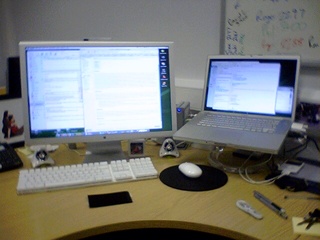 Big monitor, lots of pixels, lots of room. Everyone should have one, it makes working with multiple applications and windows so much faster. 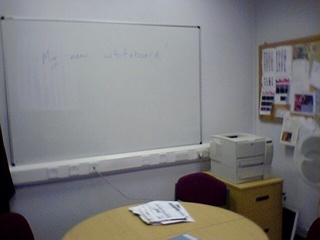 Great big whiteboard. I never have enough whiteboard space to scribble on, draw diagrams explaining ideas and the such-like. I now seem to have the biggest whiteboard in Wales strapped to my wall.

What a load of rubbish. I cannot believe that the BBC are taking this seriously:
BBC article link.
This was slashdotted as a piece of research to be ridiculed weeks ago. In a nutshell, it says that one can intercept the information coming from a runner’s shoe via the Nike iPod Sport Kit and in theory track a user with it. The shoe has an accelerometer and sends data wirelessy to the user’s iPod, with which they can read useful run data.
According to the BBC, “The unique identifier could be tracked up to 20 metres away outdoors and at speeds up to 30 mph.” Er, yes, but I can see someone further than 20 metres away with my own, naked eyes.
Also, “When someone is engaged in a workout with a sensor using a receiver attached to an iPod, a second receiver can detect the sensor transmitting its UID.” Oh my God, someone could know how fast I was running! Oh, wait, I could see that with my eyes too. Oh, and the users of this system tend to share all this data with others around the world via a Nike website.
Apparently, “By concealing a few of the small custom-made receivers in select locations, the researchers showed how it would be possible to track someone’s movements.” Oh come on! If I run a 10km loop and you can only detect me within 20m, how many bloody custom-made receivers are you going to need? Most runners run the same routes week in and week out anyway, making tracking much easier by any other more boring method. How many receivers would you need to cover the whole city? This completely ignores the fact that the only time runners wear their running shoes is when they’re running, so most of the time you’d be tracking me to the cupboard under the stairs, when in fact I am actually rather rarely in there.
“In the worst scenario suggested by the scientists, stalkers could use the tracking data to “engineer” encounters with victims.” What a load of crap. Not only is it late by internet standards, but it has been written without any sign of thinking. Is this the aim, merely to report what others report? If so then please ignore the rubbish that doesn’t stand up to scrutiny.

Today is the first Monday since August(ish) that we haven’t been teaching anatomy. To commemorate this I thought I’d have a lie in, and read a book before starting work a little later than usual. It *is* late December after all. When I did get on my bike to cycle in, it started to rain. Heavily. I got absolutely soaked. Of course now I am at work the weather has improved, and there was no rain before I set off to work.
This is the sort of Sod’s Law experience that makes you turn to religion. And is probably where vengeful Gods come from. 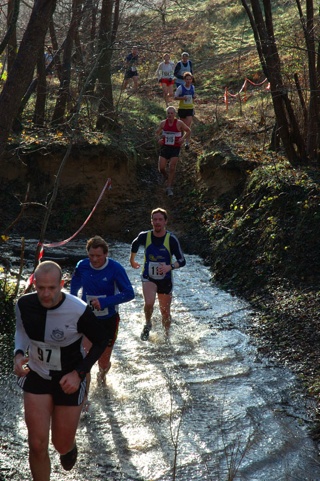 Yesterday I ran in the Christmas Pudding 10k “Challenge” (as the Brackla Harriers like to call it). As you can see, it was a proper cross-country 10km race with far too much sand (the race is infamous for its start up the largest sand dune in Europe). In lieu of a race report I’ve included a screenshot of my vitals during the race. The red line is my heart rate, the brown line the altitude, and the blue line my running speed. You’ll notice that my heart rate is rather rapidly elevated from the start – that’s the sand dune. 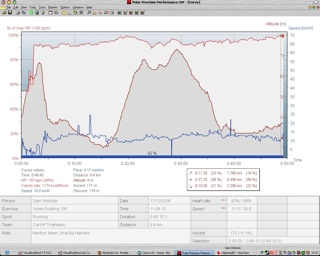 We popped down to Caswell Bay today, as we’ve had the first day of blue sky in weeks. I took my camera: 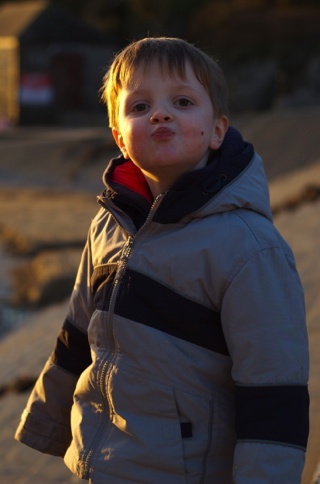 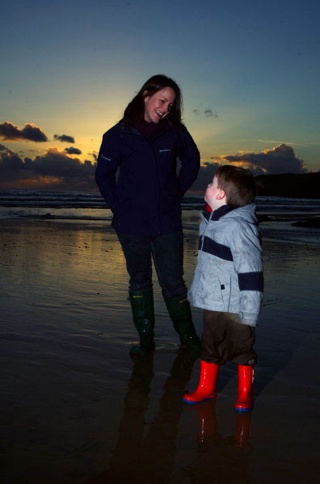 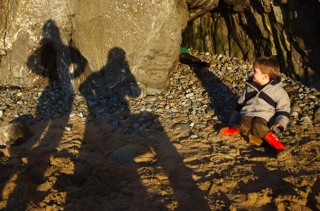 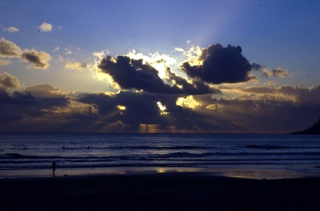 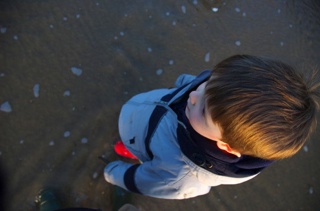 This smaller one worked though. The hole in the to