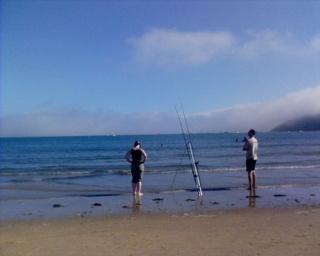 The birds were catching more fish than we were, but at least we could see we were in the right place. Is summer here at last? 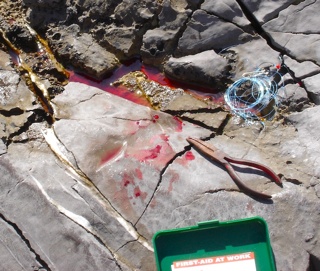 Looks like the remains of a torture scene, doesn’t it? I had a bit of an accident with a hook. I got a treble from a large plug embedded deep in my finger, up to the bend, and the barb had grabbed the flesh rather tightly. It came out of my finger eventually after much twiddling, twisting, pulling, pushing, tweaking and more pulling with a pair of rusty pliers. After about 10 minutes of leaking blood all over the place I was planning to cut it out but it didn’t quite come to that. 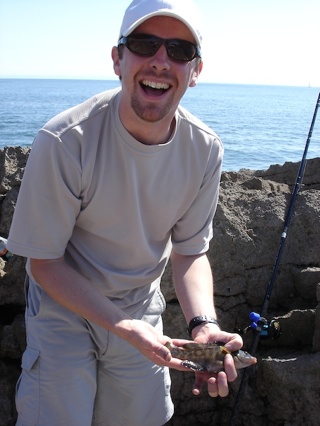 I did catch a small, very pretty wrasse shortly after all that. 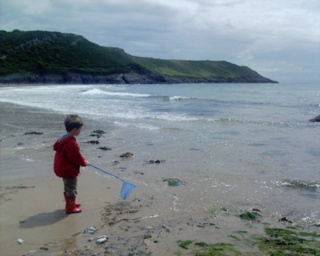 I think it’s time to take him to a lake to fish. Do under 5’s need a rod license?

It rained like this for hours. The ducks didn’t seem to mind.

I popped up to Whitesprings to fish yesterday evening, and to see a friend that was visiting. I’ve never seen so much water fall out of the sky. And my umbrella leaks. I spent most of the time feeding the ducklings and sitting in a puddle. 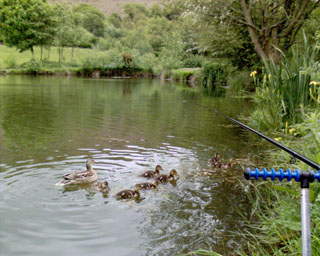 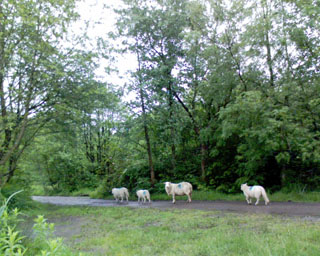 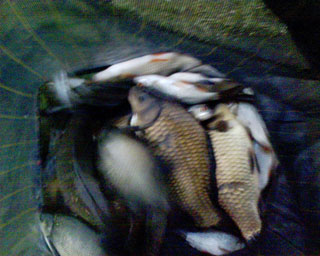 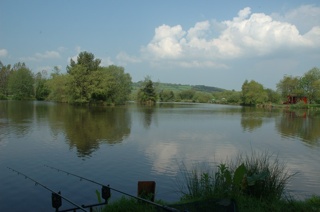 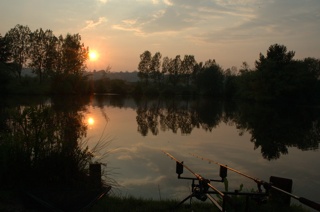 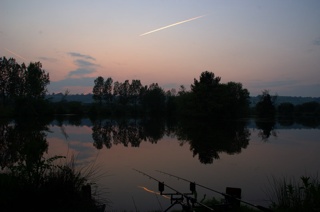 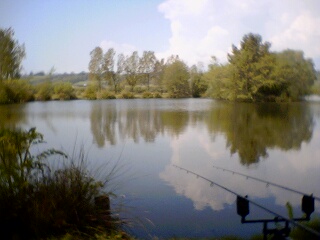 At last summer is here. Carp are cruising, geese are sleeping, ducks are trying to shag each other, some noisy bugger is mowing the grass, and anglers only need wear shorts & t-shirt.
2 runs, 0 fish so far today. 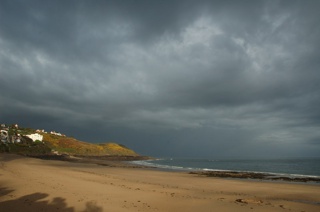 The best thing about going to the beach when it’s raining? You have the place to yourself. 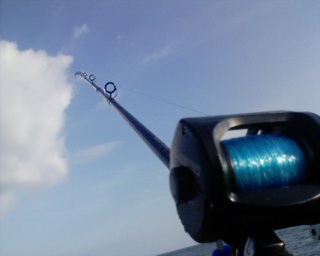 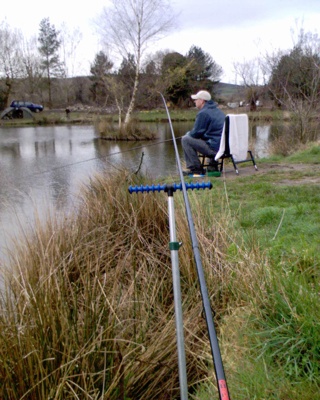 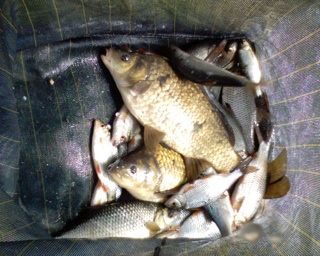