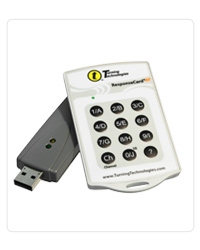 I’ve started a new series of embryology lectures that will run over 2 years for each group of students. As I’ve got the whole series to myself, and as I like to run quizzes in the lectures to see how much the students take in (and for fun, and for the students themselves to see what they do and don’t understand) I thought I’d go back to the boys vs girls format that I used to run some years ago before we began this new curriculum.
The quizzes use remote “clickers” handed out anonymously so students can answer the questions I put up at the end of the lecture without worrying that anyone will expect anything of them or know how they performed. I get a general view of how the whole class did, but by gaming it and splitting the class into two teams I also see how boys and girls perform. This is particularly untrustworthy data though as previous experiences suggest that boys, er, cheat the system. Comparing boys and girls is unintentional, it’s just a way of creating teams easily.
Yesterday I gave a pair of lectures. The first was an introduction to embryology in general and the second covered the first 18 days (ish) of development from the zygote to neurulation. Each lecture had a quiz. How did you do?
An Introduction to Embryology:
Boys – 437 points
Girls – 420 points
The First 18 Days of Development:
Boys – 412 points
Girls – 363 points
I noticed in the data from the second lecture that there were a few zero scores in the girls’ team, which would be unexpected. I hope the boys are not signing on to the girls team and inputting the wrong answers because that would be unfair…
There are 5 questions in each quiz, and if you get the question right you win 100 points. The scores for the whole team are averaged to give the final score out of 500 points (so it doesn’t matter too much if one team is larger).
Right now the boys are winning the series by 2 lectures to 0. There’s a neuroembryology session coming up in a couple of weeks (within anatomy) so I’ll try to stick a quick quiz into that too.