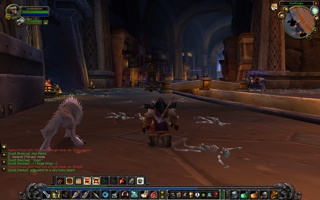 Er, what’s going on here then? I’m in Ironforge, the Dwarven city, and everybody’s dead. 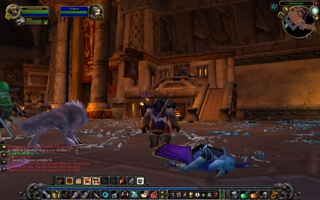 Bones and bodies everywhere, outside the auction house, the bank, the forge, the Seat of the High King, everywhere. War? 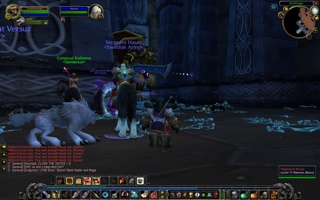 Ah. I see. Who’s this large fella then? 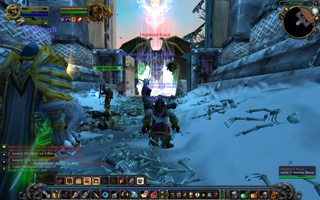 Blizzard have furthered the story of the World of Warcraft, and with the imminent release of their expansion pack they’ve released the Highlord Kruul into Azeroth. 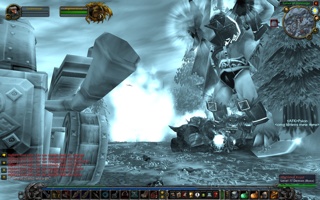 OK, I’m dead. Apparently this demon heals himself with the death of weaker characters like my dwarf so I’m getting out of here while the big boys try to get rid of him.
Many geek points to me!