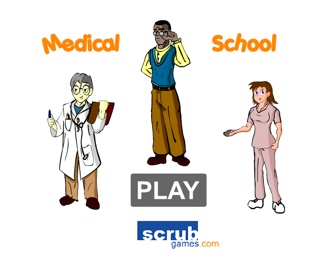 Do you want to find out what it’s like at Medical School? Some of you are probably already there. Here’s an interactive flash game that has educational content in it to get you to recognise symptoms and diseases.
To be honest, I didn’t have time to play through much of it but I thought it was worth linking. Thanks to amcunningham for pointing it out.

I’ve added a box with my shared Google Reader articles in it on the right (beneath my Twitter updates). It shows the 5 most recent shared articles. Click the link below to see the full page.
I’ve also fixed my training calendar, also linked on the right side of this page. 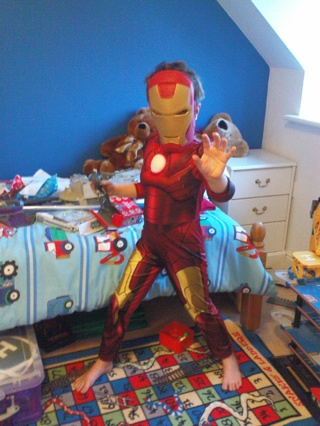 Jack is 6 today!
Just like going out on in the cold and the rain reminds you how great a hot shower feels, having a group of 6-year-olds running around your house and screaming for a few hours reminds you how peaceful your house is.
Jack’s had a great day! 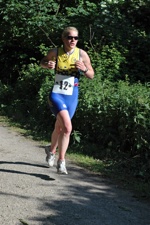 In last week’s anatomy session we started looking at the thorax. I spoke a little bit about the structure of the thoracic cage, specifically the ribs and the intercostal muscles.
We noted that the diaphragm is responsible for increasing the volume within the thorax when its muscle fibres contract and the dome shape becomes flattened. That increase in volume causes a decrease in pressure, and air is drawn into the lungs. Similarly, the three layers of intercostal muscles (external, internal and innermost: relate these three layers to the three layers of muscle in the abdominal wall) are also able to increase or decrease the volume of the thorax. The external intercostal muscles pull the ribs superiorly, and because of their shape and their articulations with the thoracic vertebrae the ribs also move laterally, rather like the handle of a bucket. The chest becomes wider. The sternum is moved anteriorly and superiorly, and this is likened to the movements of a pump handle. The internal intercostal muscles pull the ribs inferiorly, reversing these movements. So the intercostal muscles and the ribs can add to the work done by the thorax to increase the rate at which air moves into and out from the thorax in vigorous ventilation.
Have a look at this Student BMJ article to read a little more about these movements.
We looked at the shapes of the ribs and the attachments of the intercostal muscles, to better understand their actions.
Our next question regarded how we might link these musculoskeletal movements with the lungs themselves. Looking at the visceral and parietal pleura we looked at their associations (the visceral pleura tightly lines the surface of the lungs and the parietal pleura lines the internal surface of the thoracic cage, the mediastinum and the diaphragm) and the pleural cavity in between these two layers. The pleural cavity contains a small amount of fluid, allowing the visceral and parietal pleurae to slide easily over one another and, most importantly, it causes the two layers to stick together. I used the analogy of two wet plastic carrier bags. The surface tension of the fluid causes the two surfaces to stick to one another yet also allows for free, sliding movement as the lungs expand and contract.
We talked a little about how this anatomy is linked to the condition known as pneumothorax.
We then talked about why sprinters bend over and brace themselves by holding onto their knees or thighs after an intense anaerobic effort like the 100m sprint. The athlete has built up a large oxygen debt that he or she is trying to repay, and is breathing deeply and rapidly. So why the braced position? This position fixes the shoulder joint and upper limb and from last term’s work we’re aware of a number of muscles linking the rib cage to the upper limb and shoulder. For example, serratus anterior passes from the scapula to the upper ribs. Normally it would contract to protract the scapula around the rib cage, but when the scapula is fixed in position contraction will instead pull the rib cage superiorly, aiding the external intercostal muscles. This large muscle (and others: have a think about it) will help force air into the thorax. You may find that people suffering from a narrowed airway, such as asthmatics, may similarly brace themselves against a table to similar effect. 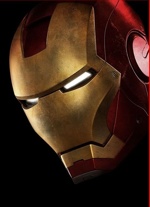 As I’ve probably said, I’ve moved back towards endurance sports. I’m running this year again, but at some distances that I’ve not run at before. Focusing on running gives me a chance to lay down some PBs and find out how fast I really can go (I think I can go pretty fast) but it’s also going to give me the strength, experience and confidence for a future Ironman-distance triathlon.
I’ve been talking about doing an Ironman before I hit 40, but I’ve not done much endurance stuff for a number of years. I’m planning to rebuild myself over about 2 years or so with much mileage, racing, strength work, and sorting out my biomechanics so that nothing breaks before I consider the Ironman distance.
I probably shouldn’t have been surprised to find out that 3 of our 3rd year medical students (now in the Cardiff 4th year because of our link) have entered the France – Nice Ironman this summer. On minimal training. After their exams. Nutters. I think most of them have a reasonable, if a little bit off-and-on base to build from, and at least 2 of them I know are experienced in triathlon, if not marathons or the ironman distance itself. Overachieving bastards. I look forward to finding out how they get on, and look forward to going out with them for a swim/bike/run when they’re rotated towards Swansea.
BTW, it feels good to be back on the road & in the pool. 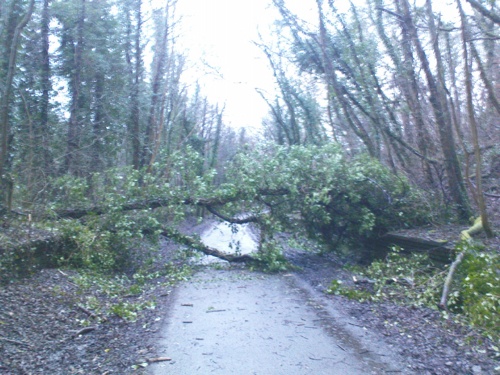 A biggish tree was down across the cycle path this morning. It was a very windy weekend in South Wales! The headwind on today’s run was very helpful in getting me to lean forward and take the pressure off my tibialis posterior muscles. See, there’s a silver lining to most situations!
P.S. To those learning anatomy – why would leaning forward when running stress my tibialis posterior muscles less than running upright or leaning backwards? 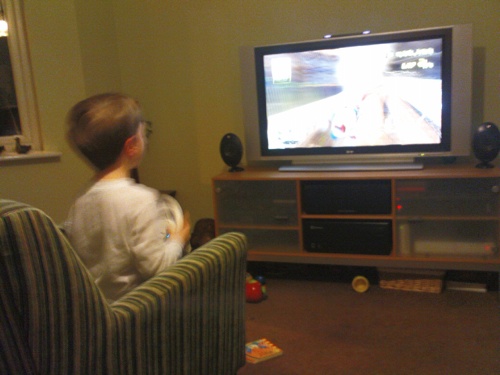 I’m comfortably into training mode again, and have been for some months. I feel at home in this routine and it’s something I’ve done for most of my adult life with occasional interruptions. With triathlon in mind after the 2009 season I’m enjoying getting out on the bike again, and it’s helping my running.
Today I found myself out on the bike wearing a jersey that I first wore about 17 years ago. How’s that for longevity? It looks in good nick too. It’s an old club jersey from Severn Valley CRC. That was my first cycling club that I rode with when racing as a junior and then a 2nd cat. senior. Those jerseys you never throw away, even if they get a bit holey. All my other kit seems to have disappeared, not to have survived, or just doesn’t fit any more. I’m getting skinny again but when I was a teenager I was about 9 and a half stone (about 133lb or 60kg) and didn’t have shoulders or a chest. A decade of rock climbing changed that.
So, time for some new kit. Somehow, given my poor memory I remembered saying something back in the days of junior cycling. Back in those days I had really nice bikes and hardware but I skimped on the clothing. As a result I still remember many long, freezing club rides when I made pacts with my cycling companions to chop up our bikes into little bits when we got home. We never did of course, but it reminds me of the rubbish gloves, awful water”proofs” and crappy layers that we used to wear. I can’t imagine how I did the winter mileage that I did often feeling as bad as that. I’m impressed by my younger self! So I remember saying that when I’m older and have a proper, respectable job I’ll buy only the best, high quality cycling gear. I mentioned this to Kim and she actually remembered me saying it. I find it funny trying to imagine my 18-year-old self, and also trying to imagine my 18-year-old self imagining my 35-year-old self. I wonder what I thought I’d be doing by now.
So going on what the younger me is trying to tell me, Castelli & Assos are the way to go. Well, Castelli anyway. Given that what I buy today could last me more than a decade, it doesn’t seem so expensive any more. It’ll be very interesting to see if modern, quality kit will make me feel good in the cold and the wet. I’ll have to tell Kim how much these things cost in terms of per decade of use.
Look out for the scorpion.

Well that’s week 1 of 2009 done, work-wise if not yet training-wise. A run and a bike and that’ll be done too. But what a week back! There’s little chance of a gentle warm up in this job. Clinicians are now getting concerned about the new Graduate Entry Programme, research students are keen to get 2009 up and running, and assessment results are due back to get the undergraduates settled and motivated for their second term. It’s good to be busy though and it’s good to get things done.
On a side note and as a sign of modern times, I chaired a PhD viva this week and was the only one in the room without an iPhone. I’m supposed to be the geek.