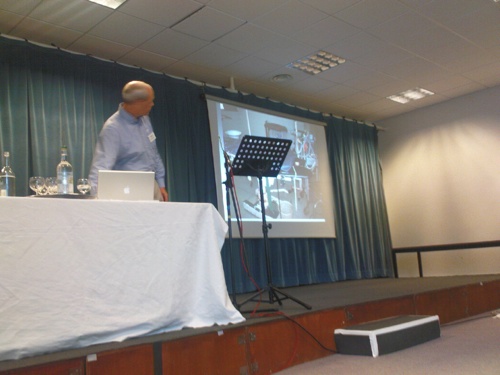 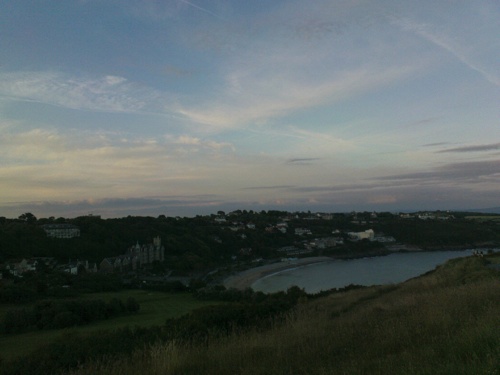 What great views. And I must buy a 3 wood to keep out of the long grass. 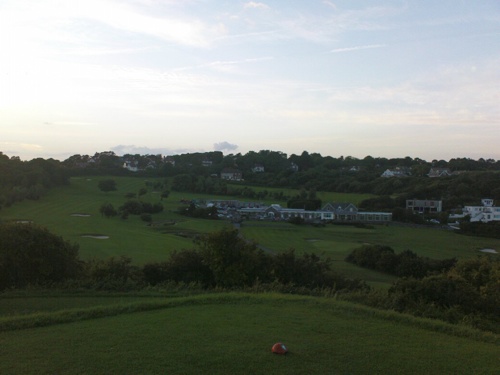 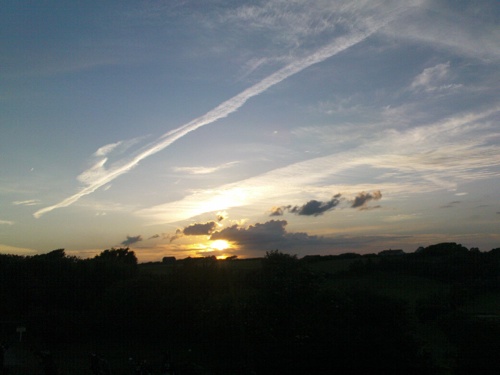 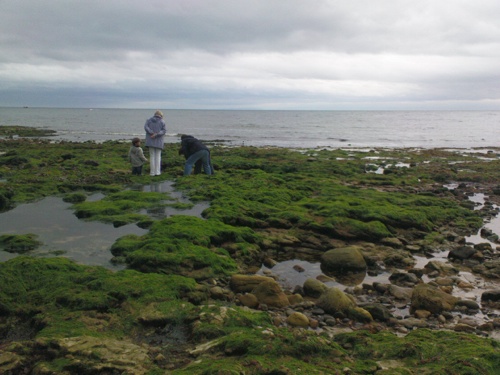 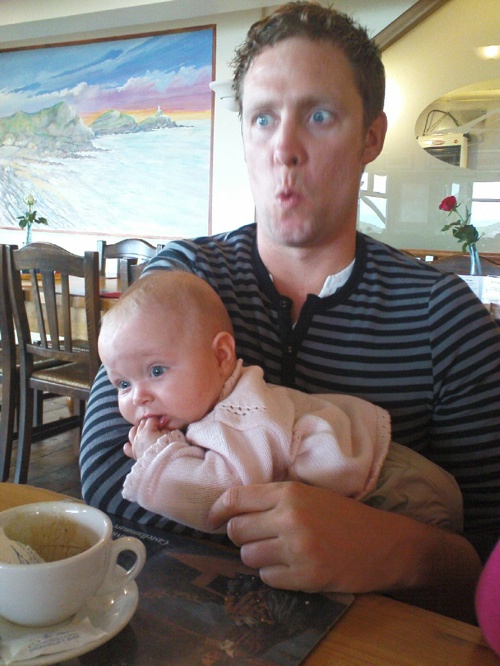 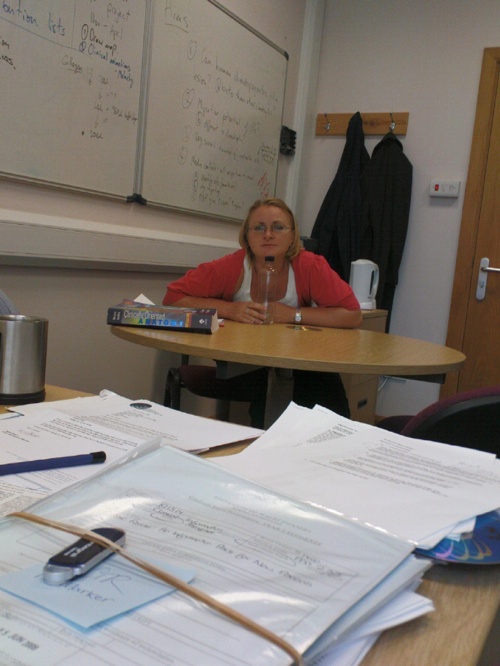 What’s happened since my last blog? I must have been busy, or boring.
Rhi left! Bye, bye Rhi. See you, er, next week in Leeds. 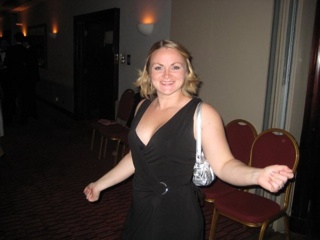 Rhi finally badgered me into recording a neuroembryology podcast, now available from the medicine page of this website and from iTunes. It will either be the last or the penultimate podcast episode that we record before Rhi geographically leaves us next week! 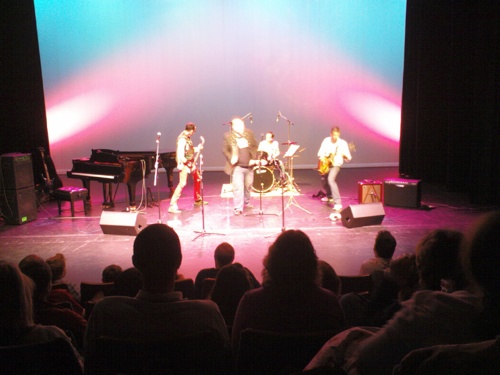 The Swansea University medical students (and friends) staged a talent show on Friday night. An awesome night of genuinely surprisingly strong talent entertained for almost 3 hours with live dance and music. They made a fair few quid for the Swansea-Gambia charity link, and I hope to be able to add some photos and the total amount raised to the Link’s website later this week.
I hear videos of some of the acts are already appearing on YouTube. 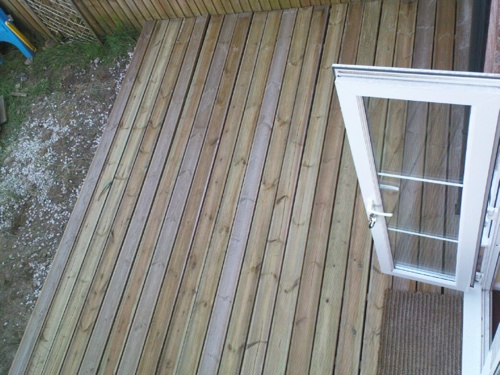 And this is how it looked after the weekend. I will next screw the boards down, cut the end to level, add an end piece, stain, lay edging for a slightly raised flower bed, and lay the soil and compost. I wonder when? 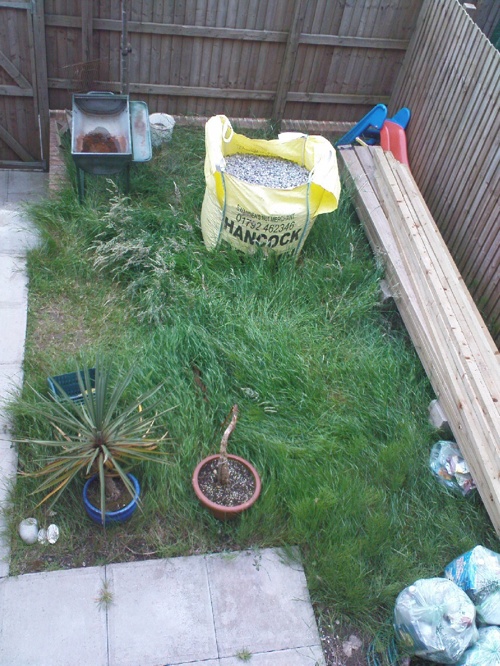 Guess how my Father’s Day weekend will be spent! The Cardiff Tri Club’s Cosmeston triathlon was held on Sunday, and we all had a very early (5am!) start. The race began at 7am, and the first man was back by just after 8am I think. It was a glorious, hot, sunny morning, and the early morning light was great for taking photos of the swim.

I’ve had lots of requests for photos, and unusually many of the competitors have also asked for copies of the wider, scenic shots rather than just of themselves. That feels good!

I really must buy a fast, long lens before next year’s races though. This year the sun was too strong and in quite the wrong direction for me to get the photos I wanted of the cyclists with the lenses I had, unless I moved myself further down the cycle route, much too far away from the rest of the action. It would be great to get in-your-face images of your masks of pain on the bike leg!

A 20 year experiment appears to have observed the chance development of an evolutionary innovation. 12 populations of E. Coli, derived from a single bacterium, have been cultured separately and observed. Sometime around the 31,500th generation of just one population the bacteria became able to metabolise the citrate in their culture medium. E. coli cannot normally do this.
The lead scientist, Richard Lenski, has regularly taken some of the bacteria from each population and stored them so that he can try to study the bacteria at any point during the study. He can go back in time and analyse (and regrow from frozen) the bacteria before, during and after any mutation. This ability to metabolise citrate seems to have occurred through one or more mutations, and would provide evidence against creationist arguments that this is impossible.
This fascinating work adds yet more evidence to the theory of evolution, and has built upon existing evidence that chance mutations occur (but are more easily recognised when they give negative effects). The work may take a very long time to reproduce given the tiny probability for multiple genetic mutations to occur and give a positive effect upon an organism, but the bacteria stored by Dr Lenski will demonstrate the timeline and how exactly the citrate mutation came about.
Read more at New Scientist.
And much more from Carl Zimmer’s blog.
Blount et al., 2008. Historical contingency and the evolution of a key innovation in an experimental population of Escherichia coli. PNAS 105, 23; 7899-7906.
This work is very important. This tiny bacterium is telling us about our place in the universe.