Be advised that I need to upgrade the version of Movable Type that powers this blog. I’ve been getting so much comment spam recently that it has become time to upgrade (a slightly scary process for this blog). If the blog changes format, or disappears off the web, you’ll know why.
Wish me luck. 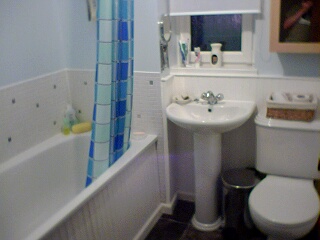 There’s nothing quite like having a crap in a bog you’ve plumbed in
yourself. 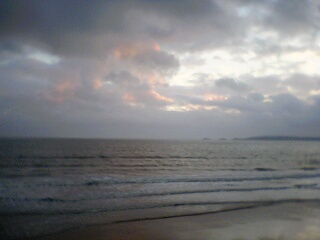 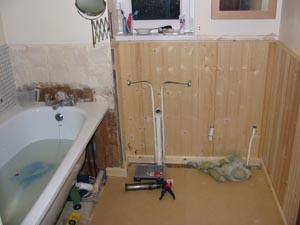 That final photo’s a bit crap because Kim took it. I’m so proud of the new bathroom that I’ll add a decent photo later.

That man Phil has started blogging, and with a vengeance (as befits his screen name, I guess). His intention is to outgeek me, and it looks like he’s already done that with his Return of the Jedi cosmetics. Sheesh.
Phil Maull’s Mind Dump

Jack knows what fennel is. He can pick it out in a supermarket, point to it and call it by its name. I didn’t even know what it was. In fact, I still don’t. I’m not even sure I’ve spelt it right. It’s a vegetable, yes? I thought it was a herb or something.
The boy’s not even 2 and he’s already teaching his dad. I wonder how this bodes for the future – maybe I should start his Star Wars and gaming education sooner than I had planned. First off: the original (VHS!) Star Wars then (he’s already seen it a couple of times, but he was never awake long enough to see the climactic Death Star battle at that age). Next: either Pong or Breakout. 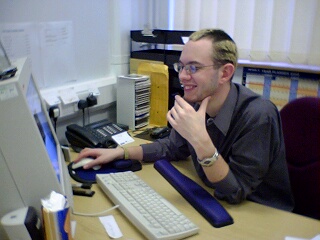 This is Phil. Phil likes to read my website. Everybody say, “Hi, Phil”.

Half-Life 2 is absolutely stunning. I’ve only played a little of it, and I’m not about to add my review to the hundreds already appearing on the net, suffice to say it’s not like anything we’ve seen before.
Initially you want to slow down and look around at the incredible environment (an oppressive City 17 is the location), but you’re too busy running. It’s not the sort of game where you can pick off the bad guys until they’re all dead and then you can move on. The gameplay is engrossing and believable. For the first part of the game you just have to run and shoot, taking advantage of cover and following your instincts as to which is the best way to run. Even Kim said, “Wow that looks so real” when she appeared in the room to find out what I was up to.
Thanks Valve, the wait WAS worth it. I’m going to savour this.

Classic: I’m attending a meeting held in the Welsh Heart Research Institute’s building, & have found that you can’t use the stairs. Ironic.