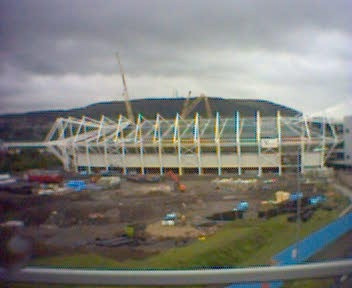 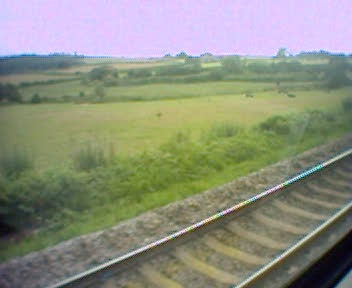 I just got an email from my sister Ele in Oz. Go take a look at where she’s been working for the last 7 weeks:
Cairns Dive Centre

Ok, so there’s a problem with new mudguards. Now that my bike doesn’t sound like a baby’s rattle any more pedestrians keep stepping out in front of me :-\
My legs did stay dry this morning though…

Hey, hey! I fitted some new mudguards from Wiggle last night. (I chose the free delivery option and got them the next day – impressive!) Anyway, I’m chuffed because I’m sat on the train and it’s raining, contrary to yesterday’s forecast.
I’m such a sad old man. I remember when I was a teenager I hated mudguards and would rather get wet than fit any. Only old men used mudguards…. 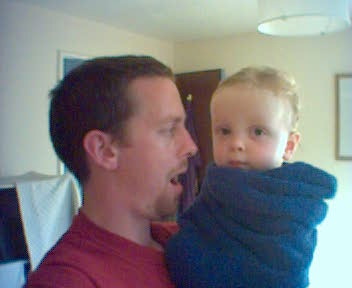 The boy had his first trip to casualty this morning.
Fer chrissake. He was tottering about at the top of the stairs, just stepping down to the first step. Kim was behind him, moving around him to get beneath him. As I’ve warned him a million times, he wasn’t paying attention, didn’t have both hands on the bannisters, and his foot slipped down the step. This must have pulled his hand off the rail, and he started to fall. Kim grabbed his arm but he was already going and he slipped and tumbled down the stairs. Bounce, thunk, bounce, thud, bounce, clump, bounce, crash, at the stairgate.
Kim was freaked out and had to get a friend to help her “get it together” and take Jack to casualty at the Heath Hospital (UWCM). Jack was OK, with minor bruises on his head and a carpet graze on his nose, and probably recovered and got over it before Kim had even calmed down. He showed me his head when I got home and put his hand on it and said, “bump!” so I guess he’s not traumatised by the whole thing. Talk about getting back on the horse – he was trying to climb down the stairs again after I bathed him. He’s a thrill seeker, I tell ya.

Yeah, that’s more like it. This morning some idiot had packed the bike section of the train so full of stuff you could only ram one bike in. So I held the train up ramming mine in too. 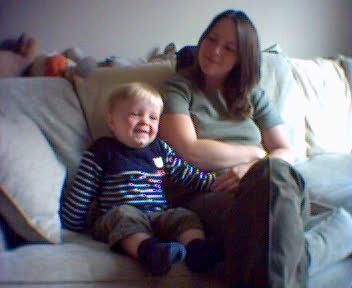 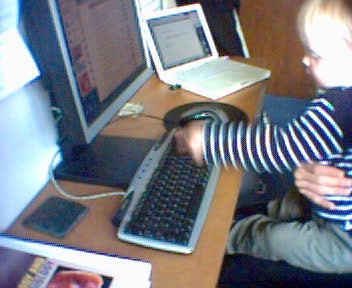 I was in a period of never seeing the same train manager twice – they seemed to have such a strange shift pattern on the Paddington to Swansea line.
I now must have been commuting by bike and train long enough to be recognised (the yellow road bike stands out, I guess) as I got smiles, a welcoming greeting and even a thumbs up when I put my bike on the train this morning. Nice!
It probably helped that I noticed from the time board that the train was back to front this morning, with 1st class at the front and therefore bike storage would be at the rear. See? I’ve been doing this for a while now.