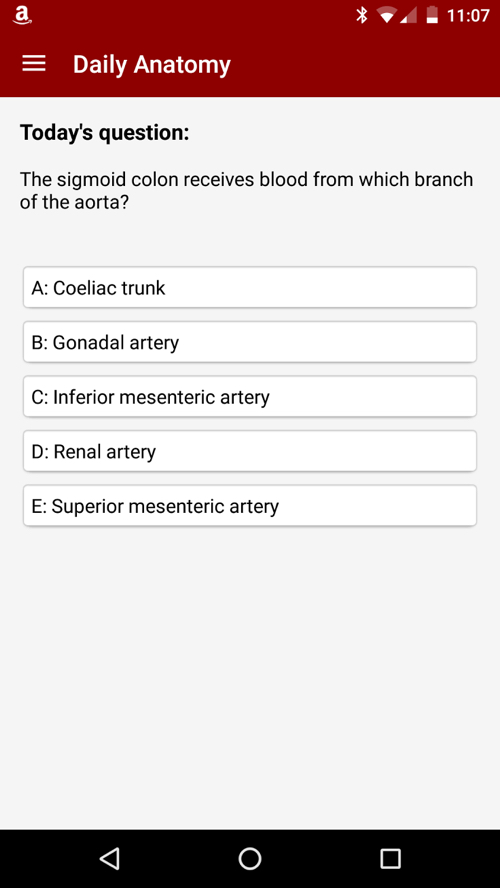 I’ve been working with a bug in the Android version of the Daily Anatomy app that meant the app didn’t update with a new question each day for some users that maybe didn’t use their Android devices much. I think I’ve fixed it – fingers crossed and I’ve sent the new version to Google’s Play Store.
I also introduced a big problem for users with older versions of Android by adding something new, but I think I’ve fixed that too. If the app crashed when you tried to start it and you’re using a version of Android older than 4.4.4 try the new version in the Play Store. Hopefully it will start up and run now.
The code is a mess. But it works.
I’ve been writing new questions over the summer, filling in some gaps and rounding out the collection a little. All the new questions I add will pop up in both versions of the app.
I hope it’s helping! Andy’s learning from it, so that’s a start.
Daily Anatomy (Google Play Store)