The BBC provide some helpful advice on how to look after your mo, advertising the end of Movember.
BBC video. 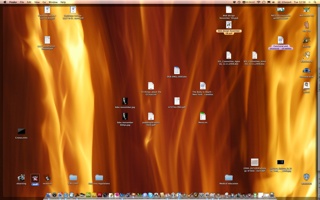 Cathy Davey is summing up how I’ve been feeling about my self-built, custom, water-cooled PC for the last week or so:
iTunes: Cathy Davey, Save Button

“Scientific research was the lifeblood of civilization; it was the one investment that could be guaranteed to pay dividends for eternity.” From Earthlight, by A.C. Clarke. 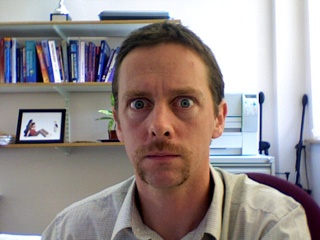 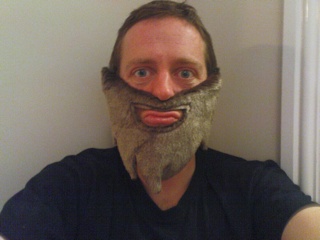 This stupid moustache (under the stupid beard) has been cultivated for a couple of weeks now, so it’s time for you lot to start donating! Me and the medical students are raising money for Prostate Cancer, so please donate some cash to make this worthwhile.
Click on this donate link and send some money please!
I don’t think the right ‘tache style has chosen me yet, so we’ll have to wait and see how this thing turns out. You never know, I might keep it if you donate enough money… (at least until Christmas). 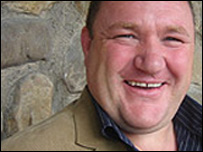 BBC Radio 1 Newsbeat are reporting on today’s release of the new World of Warcraft update, The Wrath of the Lich King.
“World of Warcraft makes more money than the biggest Hollywood blockbusters every single month, has 11 million players and controls two thirds of the online gaming market, so when an expanded version was released, fans turn up in droves to be the first to get their hands on it.”
There’s a nice bit about the addictive nature of this fantasy world. “More than 3,000 people have joined an online support group called Warcraft Widows for relatives of addicted gamers.
“My wife started playing in 2007,” according to one post. “She plays 12-18 hours a day and ignores all other life.
“She refuses to answer the phone. She refuses to return emails. I am destroyed by a video game and have no idea how to proceed.”
“That kind of dedication has helped make World of Warcraft one of the biggest money-spinners in gaming history.”
They haven’t picked up on the game’s nickname, World of Warcrack. I’m quite good – my copy of the Lich King isn’t due to arrive until the weekend, ensuring I actually get some work done this week!
BBC Newsbeat article. 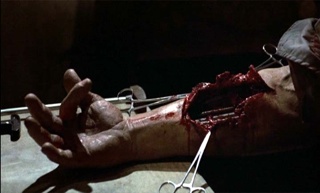 This week I talked about the anatomy of the hand, and in particular the intrinsic muscles of the hand. The extrinsic muscles, the blood supply and the nervous innervation are largely covered elsewhere, and you need to link all these bits together.
I talked about how the tendons of the flexor digitorum superficialis and flexor digitorum profundus muscles insert ever so neatly into the middle and distal phalanges respectively, the superficial tendons splitting as they insert to allow the tendons of profundus to pass through them and onwards to the fingertips. These are the powerful muscles of the fingers, the muscles that allow us to hang from our fingertips when rock climbing or to transfer forces to jam jar lids. They’re the “tendons” we see in the forearm of the Terminator when he cuts the skin away (image above). They’re the wires we see in Luke Skywalker’s forearm pulling his robotic fingers when the medical droid tests his fingertip sensation after his dad chops his hand off in The Empire Strikes Back.
The tendons of the extensor digitorum muscle on the dorsal hand act similarly, but to extend the fingers.
The intrinsic muscles of the hand are much smaller muscles contained within the hand and give us our amazing dexterity and control. Think of the tiny movements your fingers must make when writing with a pen, typing on a keyboard, or playing a guitar. The movements are very quick and very accurate, and are caused by a combination of muscle contractions by the extrinsic muscles, the muscles of the thenar eminence, the hypothenar eminence, the lumbrical muscles, and the interosseus muscles. 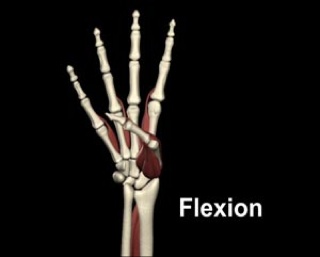 The muscles of the hand are named logically. In the thenar eminence (the fleshy bit at the base of the thumb) there are three muscles: abductor pollicis brevis, flexor pollicis brevis & opponens pollicis. You can review their actions and innervation from the elearning thingy link at the bottom of this article. Pollex means “thumb” in Latin, so you should be able to work out their functions. Each muscle attaches to carpal bones and the abductor and flexor muscles run to the proximal phalanx of the thumb. The opponens muscle attaches to the metacarpal bone, causing rotation of the carpometacarpal joint.
In the hypothenar eminence (the fleshy bit at the base of the little finger) there are also three muscles: abductor digiti minimi, flexor digiti minimi brevis and opponens digiti minimi. Their attachments are similar to those of the thumb, i.e. from carpal bones to the proximal phalanx, except for the opponens muscle that inserts along the metacarpal bone. Hopefully you can determine their actions from their names.
The lumbricals (Latin lumbricus = worm) pass from the tendons of flexor digitorum profundus and insert into the connective tissue “hood” that runs along the dorsal surface of each finger. (That’s rather unusual for a muscle – not being attached to bone). When they contract they pull on that connective tissue on the back of the finger and extend the interphalangeal joints. That’s great for pointing at things, or pushing your finger up when writing the upstroke of a letter “t”.
The interosseus muscles are between bones (it’s in the name). Specifically, they’re between the metacarpal bones and there are two sets: palmar and dorsal sets. These muscles pass from metacarpal bones into the dorsal connective tissue hood of each finger. When they contract they will either abduct or adduct the fingers about the middle digit. The dorsal interosseus muscles abduct the fingers, and the palmar muscles adduct.
The anatomy of the hand is very detailed, and we had a very brief introduction to the musculoskeletal parts. You can review the movements of the hand, the muscles controlling the thumb, motor and sensory innervation of the hand, and link this to clinical tests using the hand using this elearning thingy created especially for you by some highly skilled students from the School of Digital Media at the Swansea Metropolitan University:
SDL: The Movements of the Hand
See also this article about the bionic hand that recently made Time Magazine’s top 50 inventions after 20 years of development:
– Tom’s Hardware
– Time Magazine

I think this is a little amazing: the Apple iPhone is the number one selling mobile phone in the US. How can such a large, expensive, multifunctional device be so popular? It must be good, and more people these days must need more than just a phone.
LA Times article.