A new embryology podcast is up on iTunes (with diagrams) and on the medicine page. We natter about the development of the male and female reproductive systems for about half an hour. The boys sign the cast, originally uploaded by samwebster.

The boys all wanted to sign Jack’s cast. I think it was mostly Liverpool FC graffiti. Poor Wilbur. He was dressed up as bloody Batman at Christmas. Birksy gets smacked down by my mum.

Jack fell off a window sill in his bedroom at Mum and Dad’s yesterday (what the hell was he doing on the window sill?), and complained of a sore left wrist. He was very tired anyway, and his wrist was bothering him and he was protecting it, but it wasn’t excruciating. He slept very well last night.
This morning he was still unable to supinate his left forearm (painful to try), had a weak grip, and felt pain trying to dorsiflex his wrist. He was still very protective of his wrist, and wouldn’t let his left arm drop to his side. Oh dear. Time for a trip to casualty at Cheltenham General Hospital. 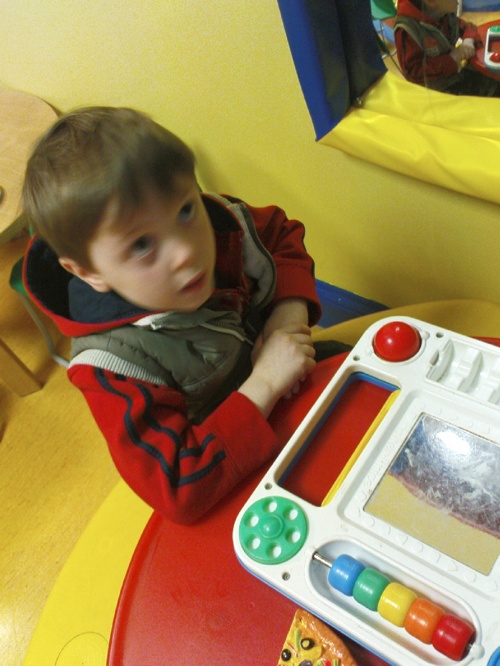 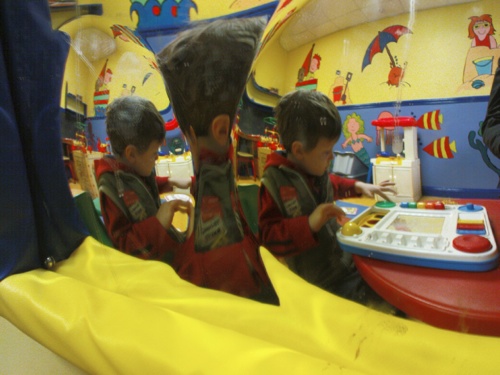 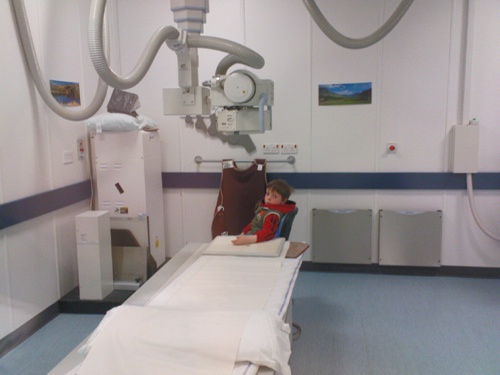 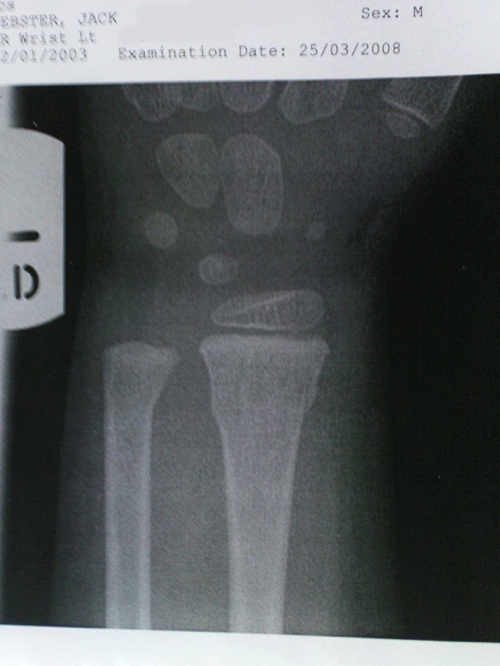 The medic gave me a printout. It was a very nice X-ray on PACS, but you can’t see much detail here. There’s a good break at the distal radius. Do you see it? Follow the edges of the bone on the right and look for the bumps. 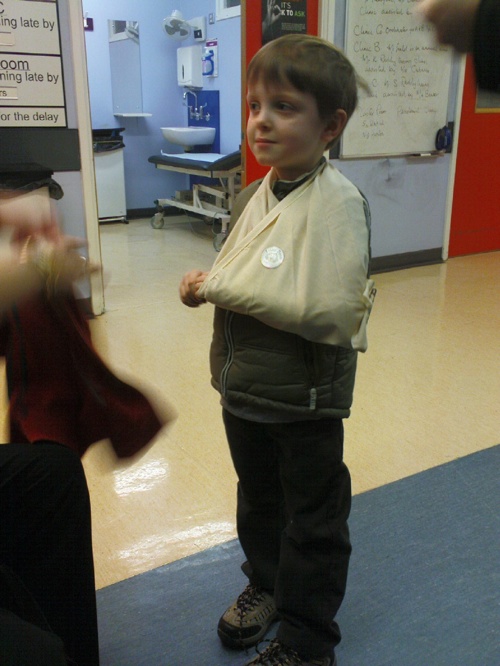 Plastered! By this point Jack was quite chuffed. He could go home after lots of hanging around, the scary stuff had turned out to not be scary at all, and he had a cast and a sling to show to Uncle Nick (who is also recovering, from a broken clavicle)! 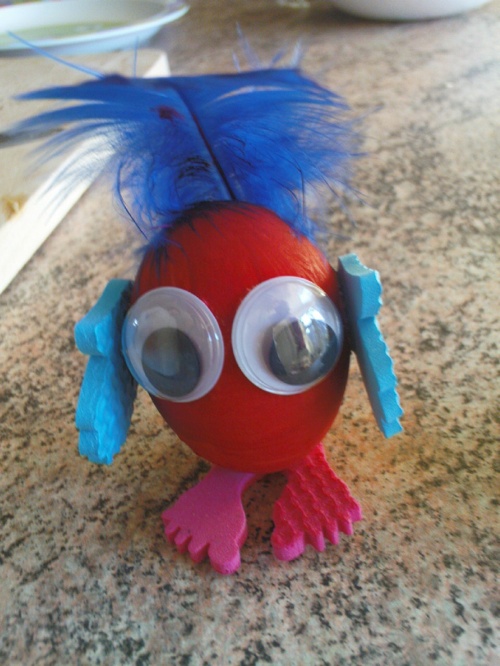 One of Jack’s painted Easter eggs! 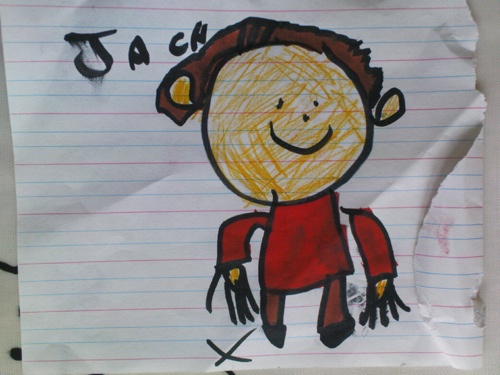 Jack drew this self-portrait at school. Is it just me, or does this look like Jimmy from South Park? 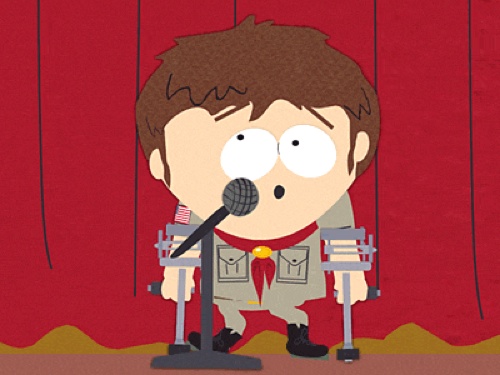 We went to a shopping centre while the rugby was on yesterday buy some things we’ve been putting off (I hate shopping centres on a weekend). I felt like a survivor in a zombie movie – it was eerily quiet. The only other survivors of the zombie plaque were people behind tills. 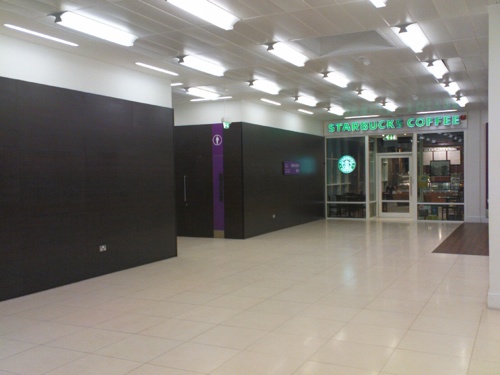 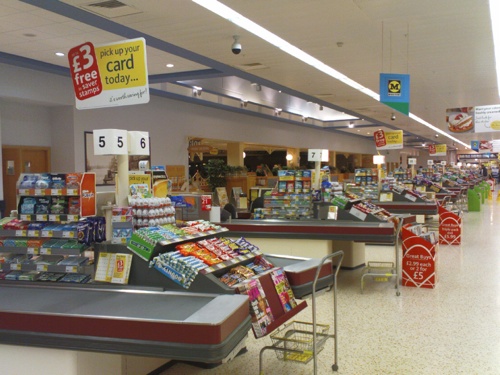 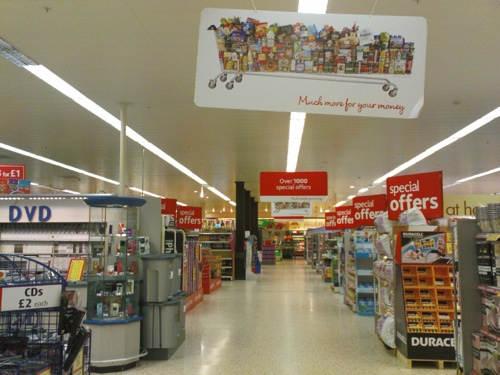 I can hear zombies!
It was the opposite of Christmas Eve, when I couldn’t even get out of my parking space for 25 minutes, let alone get out of the car park.

Good luck Wales! It should be an awesome day in Cardiff today!
BBC article – Thousands to watch Grand Slam bid.