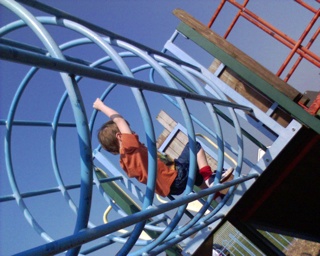 Chasing Jack around the climbing frame.

My brother and his girlfriend both ran the London Marathon on Sunday, after probably more than 5 years of trying to get a place. They both ran great times, particularly considering the warmth of the day:
– Nick’s times
– Vicki’s times
I know Nick would have liked to get under 4 hours, but the weather didn’t help. His pacing certainly looks spot on. Maybe next time?
Congratulations to both, I know it took a huge amount of preparation, planning and effort. I guess I’m going to have to cough up the sponsorship money now.

It’s been a tough week this week, so I’m posting these sunny images from the beach (from a recent weekend) to show an update and to cheer myself up. The sun is coming back! 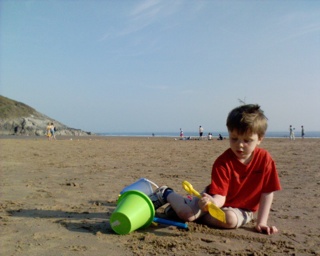 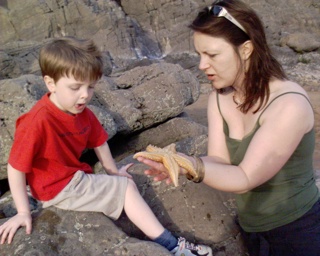 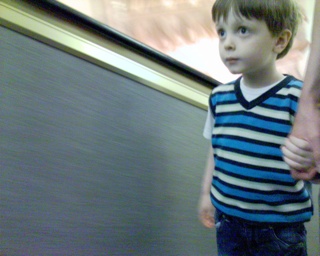 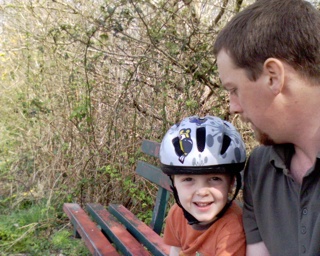 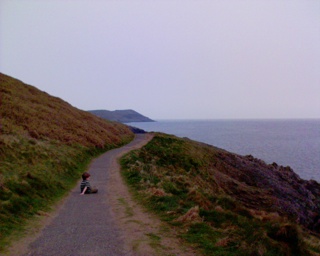 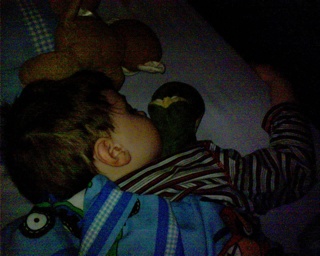 Another example of stupidity in the world at large today:
“A Hempfield Area High School sophomore spent 12 days in juvenile detention after authorities in Westmoreland County mistakenly charged him with making a March 11 bomb threat, in part because the district had not changed its clocks to reflect daylight-saving time.
“Cody Webb, 15, of Hempfield, was arrested March 12 and charged with a felony count of threatening to use weapons of mass destruction and misdemeanor counts of making false alarms to public entities, reckless endangerment, disorderly conduct and making terrorist threats.”
I particularly like the “threatening to use weapons of mass destruction” charge. The term WMD seems to cover a huge range of potential weapons in the US these days post-Saddam. Definition anyone?
Full article link.
My least favourite part is what the school prinicipal is alleged to have said,
“Webb gave an insight into the school’s impressive investigative techniques, saying that he was ushered in to see the principal, Kathy Charlton. She asked him what his phone number was, and, according to Webb, when he replied ‘she started waving her hands in the air and saying â€œwe got him, we got him.â€’
‘They just started flipping out, saying I made a bomb threat to the school,’ he told local television station KDKA. After he protested his innocence, Webb says that the principal said: ‘Well, why should we believe you? You’re a criminal. Criminals lie all the time.’ ”
This sounds similar to the reasons for detaining people indefinitely without charge at Guantanamo.
Article link.
Oops. I didn’t mean to get all political there.

The BBC report today that the Woodland Trust are declaring “spring is the new summer”.
“Dr Kate Lewthwaite of the Woodland Trust said: “Thanks to the exceptionally mild start to the year we are experiencing, this summer signal is arriving three weeks earlier than the 11 May average.”
“Swifts usually return from migration around 10 May when temperatures are slightly milder.
“Dr Lewthwaite added the timing of the seasons was changing, with the mild winter and warm spring contributing to warmer than average temperatures.
“It is an example of how climate change is affecting our wildlife and seasons.”
BBC article link.
Organisations and individuals are calling this current spate of early, unseasonally good weather a clear example of climate change. Yet back in the winter the BBC Weather Centre was already predicting that 2007 would be the warmest year yet, and not so much because of global warming, but rather because of El Nino’s 8 year cycle. 1998 holds the current record for the warmest year on record (globally), and also recorded the strongest El Nino for 50 years.
“While temperatures are rising, it’s been some time since the record was set for the warmest year on record, which was 1998, says Dr David Viner of the Climate Research Unit at the University of East Anglia. Then, the El Nino effect on the southern hemisphere was believed to have pushed temperatures that bit higher than the underlying rise.
“Eight years later, the climatic phenomenon that is El Nino is brewing again and Mr Viner believes it will make for a new hottest year on record.
“El Nino works on a quasi cycle, coming every five to eight years or so. The last big one was 1998 and it’s been developing in the past few months in the southern hemisphere. It’ll add the crucial few tenths of a degree Celsius to push the average global temperature to the highest it’s ever been.”
BBC article link.
BBC Weather Centre article.
More about El Nino.
As usual, I’m skeptical. I’m also ignorant about how anyone can reliably predict the weather on this planet. Many people know far more about this than I do.

We went back to see family over Easter, and since my mum and dad have an excellent huge driveway on their new estate I at last got to wash and wax the car (some idiot scraped the corner of it so I had to polish that out). 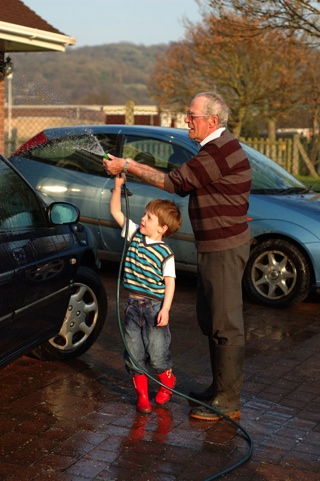 Check out Jack’s attention to detail. He did almost soak a passing cyclist though. 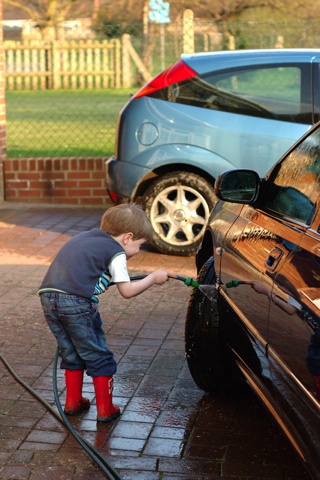 According to the BBC, “A remake of the cult 1960s science-fiction film Barbarella is in development”.
“Original producer Dino De Laurentiis has secured the rights to remake the 1968 film, which starred Jane Fonda.”
Oh for the love of scifi, create something new! Barbarella is a cult favourite, don’t “remake” it! Why, oh why, oh why do you have to remake something that was already good? Why don’t you pick something crap and unloved, and try to improve on that (maybe like Heat)?
Yes, I’m back at work and grumpy as hell.
BBC article

I’ve no photos to blog because I’m away from home without my cables. I’m off work for 10 days or so, and I’m not checking my email. Lots of golf and lots of sun. Peace and quiet (mostly). 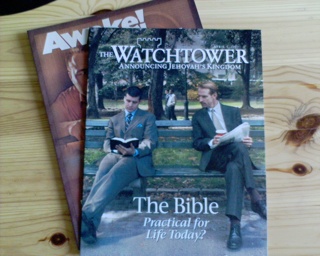 They found me. I don’t know how, but they found me!
(Sorry: long running joke).