Anti-plagiarism software use is becoming commonplace to ensure that students do not submit other people’s work as part of their own. The method of storing submitted essays and comparing with essays submitted in the future poses a potential legal problem.
The Washington Post reports that “Two McLean High School students have launched a court challenge against a California company hired by their school to catch cheaters, claiming the anti-plagiarism service violates copyright laws.”
“The lawsuit, filed this week in U.S. District Court in Alexandria, seeks $900,000 in damages from the for-profit service known as Turnitin. The service seeks to root out cheaters by comparing student term papers and essays against a database of more than 22 million student papers as well as online sources and electronic archives of journals. In the process, the student papers are added to the database.
“Turnitin is used by 6,000 institutions in 90 countries, including Harvard and Georgetown universities, company officials have said.”
“According to the lawsuit, each of the students obtained a copyright registration for papers they submitted to Turnitin.”
Full article link.
Originally seen on Slashdot. 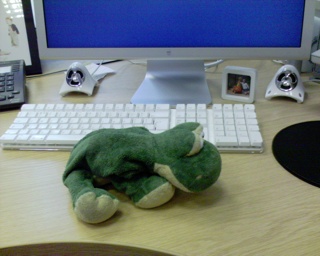 I deduced where Jack must have left him! 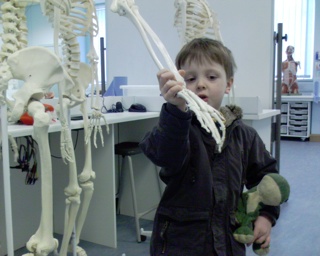 Jack and Kim popped in to work to see me last week. Shortly after this photo was taken Froggy vanished. Again. He must be around here somewhere. 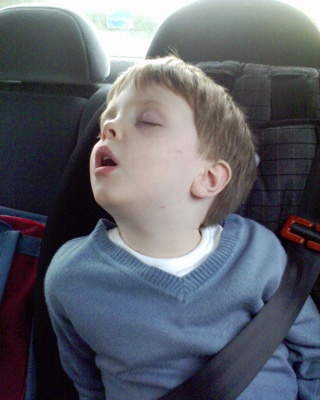 The early morning sun has been waking Jack up too early. He’s tired, we’re tired. Hopefully we’ll get some later starts with the clocks springing forward to British Summer Time this weekend.

Here’s a fascinating article about how we see colour. In particular, thanks to extra colour-detecting cones, some women are able to see millions more shades and colours than other people. This would explain a few things in my household.
Article link. (This was linked from slashdot).

Although I wrote, “leave NHS”, many are unable to start work in the UK after qualifying as nurses because jobs are no longer there.
“According to the Royal College of Nursing (RCN) 3,200 nurses of the 8,000 registering to work abroad want to work Down Under.”
BBC article. 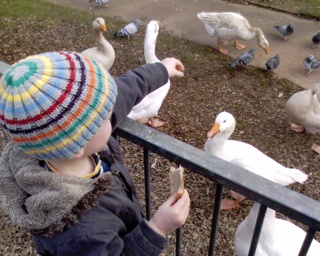 Some of the GEP students might be interested to see who we saw in London at an anatomy meeting yesterday. They like his DVDs very much. 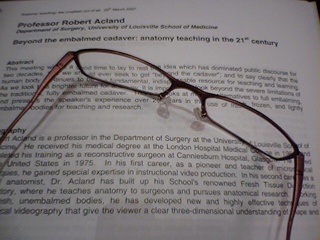 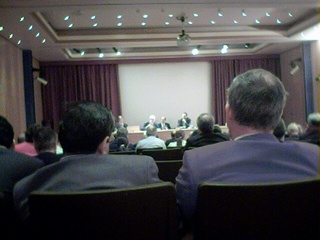 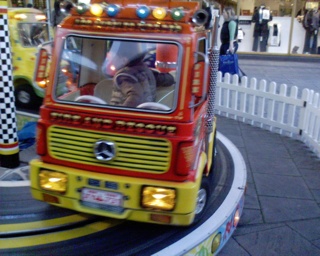 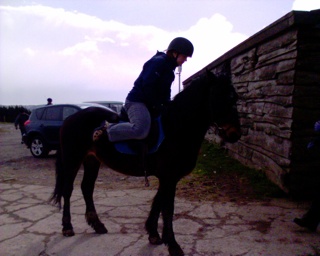 Horse riding on top of a windy, snowy hill in March.