I’m back. Been offline for a bit. Was nice.

Jack’s starting to watch films and DVDs, so I bought the Stuart Little box set a while ago (remember the mouse?) He loves both films, and must have watched them 20 to 30 times each. I didn’t understand why he kept asking for the second film though, rather than the first. True, Stuart Little is probably a rare example of the sequel being better than the original, but Jack’s not that fussed.
I put the first film on yesterday, because it was handy, and he sat down to watch it with a little protest. In the film Stuart is brought home from the orphanage for the first time. Jack gets up and starts to slowly walk towards the stairs, while still looking at the screen. Hmm. This reminds me of me and Doctor Who when I was a kid and the Cybermen or Daleks were about to appear. (“I’m off to bed now mum”, but sat peering around the door to see what would happen). True enough, the family cat in the film jumps onto the screen with a loud sound effect, and Jack jumps out of his skin. Tears, cuddles, etc. He knew it was coming, but it still made him jump, and he didn’t like it. He loves the rest of the film, it’s just that bit that puts him off.
I wonder how he’ll be with the new series of Doctor Who… 😉 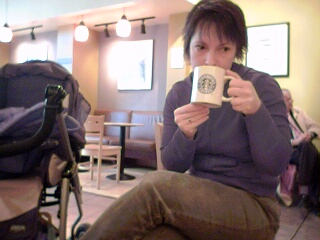 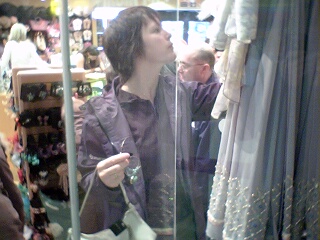 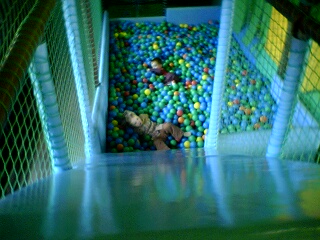 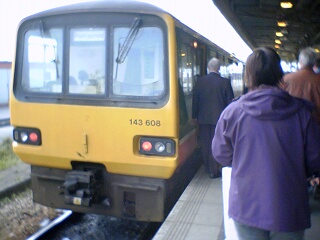 Clearing out my paperwork this morning, I discovered that I finished paying off my student loans this month! Yey!
I finished my first degree in 1996, and elected to begin paying off these loans sometime after coming back to the UK and starting work as a post-doc. I remember not earning enough to *have to* pay them off, but started anyway. I guess that was 5 years ago. Coo, I’ve done a hell of a lot in 5 years. It doesn’t feel that long ago, and yet it seems a world away from where I am today.
I should finish paying off the debts from my PhD this year too.

By the way, for all that don’t know, I’m now on holiday! I’m going to try and relax for a week or so, so nobody mention the word “work” to me. To this end, I won’t be checking my email much, so if you don’t hear from me I’m not ignoring you.

Congratulations to Wales on winning the Grand Slam in the Six Nations! I have to admit, even though I’m not a Wales supporter, I was nervous for them on Saturday morning. Thank God they won.
We spent the weekend in sunny, sunny Devon, to see Rhiannon and Robin get married. Top weekend, good weather, good beer, good location, good ceremony and party. Photos are up on the photos page. 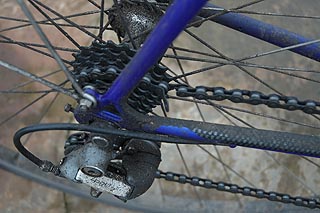 How the hell have I done this?
Do you see the bent link? I broke my chain on my way to work. No chain tool in my bag, so lots of walking today. I’m on holiday for a week or two from tomorrow, so I’ll give the thing a full service.