I am a salmon. I am swimming against the current, going nowhere, fighting a path upstream to some unknowable goal, for some intangible reason. At the moment I am stuck beneath a weir; some man-made bullshit designed to keep my nose pressed down against the slimy bottom of the river. I can’t find a way up.
My body is filling with cortisol. Whenever I get wherever I am going, I will die. 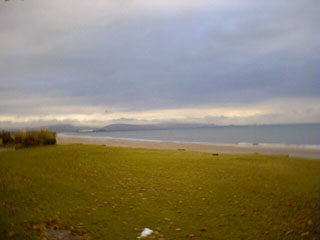 Wanna see some screenshots of the “in development” 3rd version of the Unreal Engine?
Link

A new build of old and second hand parts, for a better winter/commuting bike: 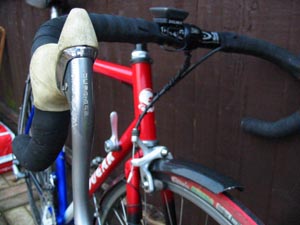 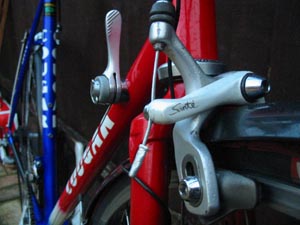 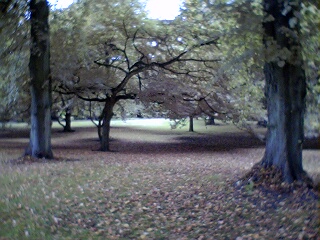 Could HalfLife 2 be delayed another 6 months?
Link.

Remember that thing I said about coping pretty well with no PC gaming? That it’s not an addiction? Well forget it. I’m starting to get really fucking jittery now. Next week it will be a month since my gaming rig blew, and my new components (OK, some of them are a *little* esoteric) still haven’t all arrived. Dawn of War was released today, and my NTL broadband speed has been upped – ripe for some online gaming now it’s getting dark and wet outside. I need some 1st person shooter action, some top down strategy mindfuck, some multiplayer online competition. I need to win. Either I need the brain chemicals I’m missing, or I need to satisfy some hormones that are raging.
Christ, it’s like my PC’s having a period or something.

The ARC (the funding body paying for a current research project of mine) just phoned to ask if I’d be in their monthly magazine. Sheesh. When it rains it pours. All this publicity might go to my head! Or not.

People scoff when I claim that you can measure the law of Sod.
Yesterday morning I was running (well, cycling) late to catch my train (Jack was up early). With the foreknowledge of Sod’s Law I predicted that the busy dual-carriageway that I have to cross every morning would be particularly busy because of my worry & tardiness. It was. The traffic was thick. No gaps, & the lights took longer than usual to allow me through. I had to up my pace to catch my train.
This morning – glorious as it is for it not raining right now – is a bit chilly. But I didn’t realise this until half a mile down the road. It should have been the first morning for gloves. Instead of losing time by stopping I decided to put them on at the busy dual-carriageway, but then Sod’s Law slipped into my mind & I knew this wouldn’t be possible. Indeed, traffic turned out to be very light & I just slipped across the road, between the gaps, with cold hands.
OK, we’re talking about n=2 here, but this is about as much evidence as people put up for the prescence of ghosts (a spectral orb on infra-red camera? Or maybe it’s just a bit of dust? Aaargh! Quit it you loonies!) so I thought I’d mention it. Don’t expect me to be recording any long-term logs here. I’m sad, but not that sad.
My brother says my belief in Sod’s Law is just a mark of my pessimism. He’s probably right.